most visited
Middle east << world
In an interview with Defapress,

A senior spokesman of the armed forces in response to the claims of European pressure on Iran's authorities in the field of missile defense, said: we highly recommend and notice that the Europeans will not enter this thread.
News ID: 66590 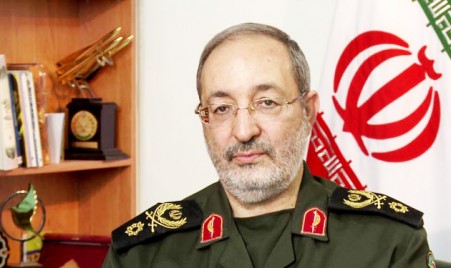 According to defapress reporter, Gen. Seyed Masuod Jazayeri a spokesman for the armed forces with our security defense forces security service about the convergence of Europe and the United States on the issue of Iran's missile failure in the framework of the talks, he said: as the Islamic Republic of Iran has announced, no negotiations on issues related to Your rocket does not accept.

He added: we, as the armed forces, as with any conversation with foreign parties in the field twice.

Gen Jazayeri said: we should all be aware that we have no international agreement in the field of production and production of missiles and therefore we highly recommend that all parties and we would like to remind you that this is an issue.

Taking into consideration the importance of the West Asian region, particularly conflicts that the Government and the people of Syria and foreign terrorist groups are suffering and on the other hand, win, traveling is very serious that the resistance against the resistance of the two countries, Iraq and Syria, has a very important and sensitive travel.

He also meets Syrian Chief of staff of the armed forces as stated.

He said: we hope in the future with respect to travel, the greater the acceleration of the process of victory and have a more effective.