TEHRAN (defapress)- The UN Security Council remained spitted over the latest report by a Joint Investigative Mechanism of the UN and the Organization for the Prohibition of Chemical Weapons (OPCW), which blamed Damascus for the April 4 sarin attack in Khan Shaykhun.
News ID: 66919 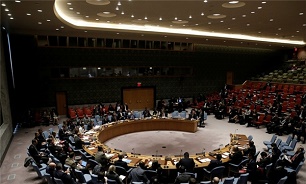 The discussion in the council showed that Russia, China and the Western countries in the UN Security Council have opposite views about the Joint Investigative Mechanism’s activity, which puts in doubt its existence. The JIM’s mandate expires on November 17, TASS reported.

On October 24, Russia vetoed the US-drafted resolution on extending the mandate for another year, calling to wait until the publication of another report. In this report, the experts blamed the Syrian authorities for the sarin attack in Khan Sheikhoun on April 4. They also said that the ISIL terror group was responsible for using sulfur mustard in the September 2016 attack in Umm Hawsh.

On November 2, Russia and the United States submitted to the UN Security Council their draft resolutions on extending the Joint Investigative Mechanism’s mandate. The two documents have different timeframe, the Russian draft extends the mandate until May 16, 2018, while the US version gives the mission 24 months since the adoption of the resolution.

The text submitted by the US delegation paves the way for measures under Chapter 7 of the UN Charter, which allows sanctions and the use of force, for attacks involving chemical weapons. The Russian draft calls for revision of the mission’s earlier conclusions, because, in Moscow’s view, the investigation did not conform to international standards. The Russian Foreign Ministry stressed that the US draft resolution was unacceptable.

Speaking at the meeting, Edmond Mulet, Head of the Joint Investigative Mechanism, said the experts examined eight possible scenarios, including that the incident could have been staged to blame the Syrian government. Therefore, he dismissed Russia’s version that the April 4 attack was staged.

One of key evidence against Damascus was the in-depth laboratory study into the chemistry of sarin found at the site of the attack. The study revealed that the nerve gas used was made from the same chemical that had been in the Syrian stockpiles. The conclusion that the chemical attack was carried out from the air is based on studying the photos of a crater from the explosion.

The panel is confident that "all those elements constituted unmistakable evidence" that Syria was responsible for the use of sarin at Khan Shaykhun, he said. However, the JIM turned a blind eye on the fact that the samples from the incident scene came from third parties, and the experts did not visit the area themselves.

Mulet noted that 12 countries, including Syria, provided information during the investigation.

Russia’s deputy UN envoy Vladimir Safronkov told the Security Council said the results of the investigation were "deeply disappointing" and the report drafted by experts was "a document of middling quality." The report that was made public on October 26 and the conclusions it contains "simply don't hold water," Safronkov said.

The diplomat criticized the OPCW-UN Joint Investigative Mechanism saying its experts had worked remotely and had refused to visit the site of the incident.

He rejected the claims of the US and other Western countries that Moscow tries to stonewall the probe into Syria’s chemical attacks by suggesting that the investigative commission’s work should be changed. "We do not undermine the authority of the Joint Investigative Mechanism, we just cite facts and arguments," Safronkov stressed. The Russian side is convinced that the mechanism, which has such great responsibility, "cannot continue work in this manner."

"Without a drastic change it will remain a blind tool for settling accounts with the Syrian authorities. Now it has such a reputation. This is unacceptable," the diplomat said. He stressed that during drafting its resolution on extending the mandate of the Joint Investigative Mechanism, Russia sought to "increase its efficiency and enhancing in line with high standards of the Chemical Weapons Convention."

US Ambassador to the United Nations Nikki Haley said the Russians were pushing "unacceptable language only meant to undermine the investigators and divide this Council."

Syria’s Envoy to the UN Bashar Jafari told the Council the report was neither neutral nor professional, stressing that Damascus fully rejects the conclusions and will continue fighting against terrorists.