Mohammad Reza Pourkyan, who had once tasted the dreaded prisons of SAVAK, knew that his name and profile had been identified by SAVAK .Hence chose the nickname "Reza Ahmad Abadi" for himself. With the same fake name, he took his diploma degree from one of Ahwaz's high schools. Mohammad Reza was awarded a scholarship from the Ministry of Science of the time to continue studying abroad, but preferred to study in Iran and stay.
News ID: 67037

EPIC group and pressing defense Jihad: Mohammad-Reza pourkian  in adolescence all of their time in order to enable the mosque to spend and to familiarize omidiyeh people with current issues of the country and the betrayal of the King and his clerics, called it a day for a speech at the invitation of the Grand Mosque. And the provisions of Islamic education classes as well as learning the Koran and founded the library, another corner of his activities. Of course, should bring the religious books are forbidden to contact relays omidiyeh to scholars and the Grand ayatollahs in Qom, to these activities. 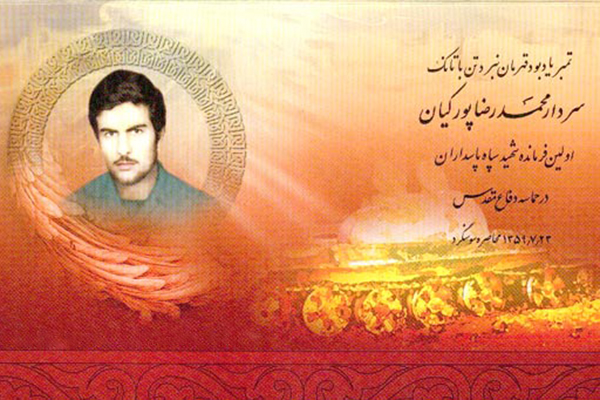 Write articles and critical towards the regime's taghot function, the watch notices and Sloganof the most important political activities Mr. Due to its activities that could have a number of Secretaries and with high school students.

1974 year after writing an article gzandh with the subject of the true nature of the regime and its dependence on the United States, on the list of SAVAK and was later charged with acting against the security of the country in the oil regions of the caper and arrested. For Mr death sentence was issued, but after a long period of hard and endured torture, due to one of the police officers who had managed his family that was released.

The next era of freedom for Mr., targeted courses and expand political activity. In order to carry out the practice of covering the same activity that was joined to the monsoon group. The group that to be armed with the Shah's regime to fight.

Mr porkian  who once dreaded SAVAK prison's taste was protected, well knew his name and the original specifications by SAVAK. Hence the name nickname "r. ahmadabadi» to pick up in the shadow of this name is to be able to continue his political life.

He forged his math diploma with the same name from one of the high school were in Ahvaz national test and the company in the field of mathematics University of Ahvaz was accepted by the Ministry of science and at the same time, to continue to study abroad scholarships. But Mr study in Iran to go preferred was lasting.

In the course of his student, along with a number of friends and also his class because Nasser miralayi, martyr Humid, a student organization of the moenian soldiers spring to organize ". This association later in the strike and the people at the level of campaign offices, particularly the role played, oil company to avoid.

The Islamic revolution that meeting to fruition, Mr. old shoulder to shoulder his co-fighters because Mohsen Rezai and a. shamkhani was one of the founders of the Corps.

After the Shahid purkian, Ahwaz, guards formed by his wisdom and competence to the Chief of staff and were appointed the Deputy revolutionary guards in Ahvaz. Shortly after this appointment and looking to get tense situation in Ramhormoz County with the Mission of calm down the situation and also the formation of the Corps in the city, it was deployed to fight in this time was the stronghold of the Hypocrite dream come true-an analysis of Khuzestan in the head can prorandend pay The task. Pay a duty that formed the core of the resistance to mobilization of sisters and brothers, identify and deal with the elements of the counter-revolution and the arrest and the media was the oppression of elements affiliated to the Pahlavi regime together.

With the onset of the imposed war, potential and wisdom were fixed on everyone, Mr. He stamped on the tenth 59 and three days of captivity and the testimony of the first Corps Commander susangerd Shahid Habib sharifi, the Commander of the Corps, as the city was chosen susangerd.

A city that the first months of the war, over and over again between the aggressor and the enemy warriors our hands. M. in the critical moments of the occupation susangerd plus other enemy resistance to coup with Ben armed, staged an unparalleled struggle between the right and the vicious showcased, a scene that is reminiscent of the Karbala event and oppressed the Prophet sydalshhda.

The same and manhood, in the twenty and third year 59 October to heavy fighting on the road to unequal susangerd – hamidiyeh. The unequal battle with his tanks and armed coup in the last minutes of battle, had been under siege. Mr. amersh with the courage of the troops under siege off and eventually decommissioning the device after five tanks, frontal shot page to feature her in a post-apocalyptic fellowship among the sayedalshhda.