The role of France in the West Asia region

France, as one of the most powerful European powers, like other countries, especially the Western countries, seeks its own interests in various regions, including West Asia, an area that is both vital both geopolitically and economically.
News ID: 67660 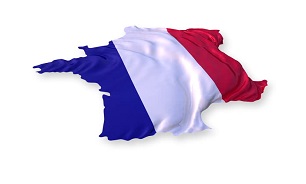 According to international DefaPress reporter:of France in Western Asia is not a new issue. Following the collapse of the Ottoman Empire, the Empire of colonies between the French and British Governments such as the Conqueror was divided, so that the countries of Jordan, British mandate of Palestine and Iraq and countries of Syria and Lebanon under French supervision until the independence of these countries in the Decade of 1930 and 1940 and after independence Also the French trying to maintain influence in these countries continues.

As in the draft bill for the planned French defense and national security, "French foreign interventions of the French forces subject to extensive protection for their triple objectives of national interest, namely, the French defense and strategic interests of their friends, and the acts of the international responsibility of France. Therefore France is willing to make available its military capacity in the areas of having a vital world for Defense and security in Europe, the Mediterranean rim, parts of Africa (from the beach up to the tropical zone of Africa), the Persian Gulf and the Indian Ocean. ". So the French after World War II, in the 1970 decade in addition to Iran, Iraq's major oil reserves in the Middle East which have, and after consideration of the presence in the energy sector and industries of this country for the first time succeeded in concluding contracts for lucrative military and advanced aircraft sales to Baghdad.

However, in other wealthy countries in the Persian Gulf region, due to the presence of British and American opponents, powerful, their existence was not significant interests and internal wars in Lebanon and the crisis in the country's political scene and the challenge of the next half-decade to 1970 as well as the rule of Hafez Al-Assad that The traditional position of the Soviet Union was the desire of Paris in this country and changed the utterly of Lebanon, so that the waiting time for the lowest amount of influence in the region.

Changing security atmosphere of the cold war and the process of convergence in the early 1990 field for cooperation of the members of the European Union bring that ssebb the creation of a common foreign and security policy of the Union in the year 1993 with the objective of increasing the European Union's role in the world.

Immediately, some members of the Union, including France and Britain several defense agreements in the Middle East, for example, with Kuwait, Qatar, and the UAE to excuse their lack of security and a dangerous position against Iran and also because of the possibility of revenge of the peacekeeping forces, especially those in Lebanon, the head of the Chambers The conclusion.

Since the importance of the Middle East to France, always follow the general policy of the United States combined. Failure to comply with the West, especially the United States, of plotic heavy consequences for this country to have the obvious example is that it is the first Persian Gulf war in 1991 was that the French opposition.

This unpleasant experience led us to France in order to truly American and other Western friends in order to earn more for their benefits. Keeping the peace initiatives of the French to frontend such as linseed and Middle East plan "the dagger or plan that Hamilton sought to analyse the risk-benefit goals the United States and Western Governments in the region were provided both pretext put ethnic-religious radical notion in this region.

Macron reiterated in his presidential program, which seeks to revitalize the historic role of France in the West Asia and North Africa, set till his country to be able to compensate for the failed attempts by others, the approach of this country in the region to justify that in addition to political concessions and economic opportunities (extended business relations star Itself with the Middle Eastern countries particularly Persian Gulf region), the launch platform to deal with security threats. This is a matter for France and other European countries.

In fact, there was no threat against the United States and the threats against Israel. The French refusal of the occupation of Iraq in 2003 alongside the United States in the early years, the influence of the French diplomacy in the Middle East, although the good relationship between Tel Aviv and Paris to harm it was because France was the first Israeli arms supplier with their nuclear technology, Israel could have nuclear weapons Develop your own.

Now Saudi Arabia is also a big military contracts with France, however, Saudi authorities has concluded and the French in the wake of the construction of the two nuclear Center for Saudi Arabia. France is willing to expand its influence in the region and Lebanon shamat as actor or restore is active.

Macron  reaction regarding the announcement of Al-Quds as the capital of Israel was incorrect. He is on the legal status of Jerusalem as one of the main obstacles to Israeli-Palestinian peace dialogue, especially split on the rule of the Holy places, and the subject of the settlement of the issue through dialogue between Holy beats the Palestinians and the Israelis, the formation of two independent Palestinian State and the Israelis emphasized.

The French President also was forced to admit to this issue that the international community never to Jerusalem as the capital of Israel (with the occupation of the eastern part of the town of unilaterally) will not be accepted. At the same time, the city is to host Israeli Prime Minister Benjamin Netanyahu.

In general the French role as a powerful European country in the region of Western Asia in the last decade and, with the coming of Emmanuel macron , more of a very full color its competitors in the European Union and also the United States and trying to influence in the region that lack of most of the relatively explicit acceptance of the action This country could Trump it quickly.