The biography of Martyr Morteza Hosseinpour, known as Hossein Qomi, will be written
News ID: 67686 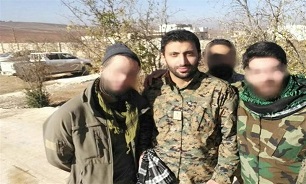 According to the reporter of the epic and Jihad DefaPress: the martyr Biography book, m Hossein pour» with the name", "Hossein ghomi» by Shahla refuge sphere of writers and literature Cultural Foundation sponsored by the sustainability of the martyr will come to writing on the menu.

In this regard a meeting yesterday with the presence of the writer and martyr held martyr's mother and family expressing memories of his son said: my relationship was so good and m. between us and there was a deep connection that I realized how much her testimony after the new 32-year-old and tall.

The family of the martyr Hussein nikan hospital personnel as well as the poor appreciation and special thanks.

Shahla Panahi before this book is "Jacob's eyes» relating to biographies of Shahid Reza Kargar (MD)" and "the Apostle" in life like fellow martyr the Apostle, "Khalili as industry is writing.

Martyr Hosseinpour was born in 1364 the Quds force of the Iranian revolutionary guards elite warriors and the Commander of the operation was heidariun  camp in Syria. He started with 2012 years of conflicts in the country, Syria 93 years by entering Iraq as he dispatched daesh. The genius and his diligence was such that the commanders he dubbed.