The martyr wanted to preserve hijab and Islamic values

The martyr's father, the missing person of the holy defense, said: "The message of the martyrs protects the values and supports the velayat-e faqih; my son was the leader in the defense of the country, and in this way, he calmed down on the shore of salvation.
News ID: 67728

According to the reporter of the epic and Jihad DefaPress, Student martyrs were the true followers of Imam Khomeini, people who were knowledgeable and active, and all-round growth; a revolutionary, productive and faithful generation who, with all his abilities and capacities, defended the country.

Martyr Alireza Rahmani, a follower of the Velayat-e faqih and true Islam, a young man with a spirit of jihadi who entered the battle against the Shah's regime before the revolution, and adorned himself with two wings of science and faith.

The father of the martyr "Qasim Rahmani", a human being religious, faithful and revolutionary, speaks very calmly and necessarily, and is more of a worker and a practitioner. Indeed, such fathers are martyred educators. In the following, you are reading the press conference with the father of Martyr Rahmani:

DefaPress: he said when alireza was a child

Alireza was born in Tehran in 1345 and in 1355, we went to Rafsanjan to live. Alireza was always a privileged student during the school year. Since childhood, he has also been involved in religious group programs.

DefaPress: What did the martyr do during the revolution?

During the revolution, he participated in the demonstrations; he also worked against the Tahgut school at school; he attended the mosque along with me at night; he quickly learned religious subjects; for example, I came to my workplace one day, and a colleague from Alireza on the principles Religion and 12 Imams asked, I answered everything and the cassette answered, and the questioner looked at me and said: "Until now, I had come to ask a person in these cases and give a precise and accurate answer. He was very clever and interested in religious issues; he grew more and faster than his age, and was formed with the religious and revolutionary education of Alireza's personality.

DefaPress: What age did Alireza do to religious affairs?

Praying from the age of seven, he would fast, and if we did not wake up to his dawn, he would have been fasting without sorrow.

DefaPress: Tell us about the activities after the victory of the Islamic Revolution?

After the victory of the Islamic Revolution and the formation of a dispossessed Basij under the command of Imam Khomeini, he became one of the active forces and most of his time involved in the mobilization and training of weapons in schools. Alireza was a member of the Islamic Student Association of martyr Ansari High School and was also a student at the school. 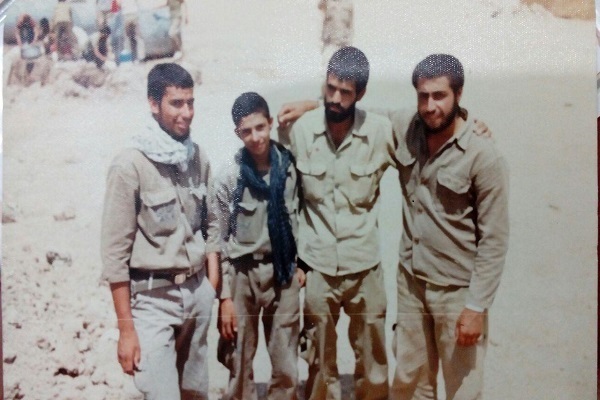 DefaPress: In what other areas did your child work?

Designing the images of Imam Khomeini (RA) along with the martyrs of Rajaja and Bahonar in high school, holding a scientific and cultural competition in high school is one of the initiatives and actions taken from the martyr.

DefaPress: Tell us about the ethical and behavioral characteristics of the martyr?

The martyr was not at all seeking special privileges; he did all the work for divine pleasure, advancing the goals of the Islamic Revolution and supporting the Velayat-e faqih. He never participated in special wrestling exams, and despite the difficulty of the field of study (mathematics and physics) that the continuing company demanded in the classroom, he experimented with his other classmates and never presented himself as a combatant. He was absent from hiding his name in the works. An honest and realistic individual and he avoided the slogan without action. Assuming and opposing the rule of the province was an unforgivable sin. Alireza never cared for food and sleep, she was dressed clean, but she was not interested in wearing new clothes and she did not want to pay attention and respect due to dress. Values and the true reality of mankind were in Inside and appearance, a young man with a sense of responsibility and always serving and helping others.

DefaPress: What year did your son get a diploma and what did he do after that?

Alireza received his diploma in 1363 and the same year he was admitted to the Chemistry Department at Ferdowsi University of Mashhad, but at the high school and at the beginning of the war, he went to the front and commanded the Imam as a Basij militia. Alireza served as a basiji volunteer for about 20 months during the holy defense and during Ramadan operations, Valfajr. During the student period, along with other students, they were sent to the front of the university, most of the time after the operation that went on vacation, we realized that Alireza was on the front.

DefaPress: Alireza had a history of injuries?

In Valfajr operations, he was injured and was hospitalized in Tabriz and Tehran; he was hit by his arms, legs and chest, and he was treated for some time, and he went back to the front after healing.

Press defense: tell us about his presence in Karbala 4 operation?

Eventually, in January of 1365, during Operation Karbala 4 in Amal-Essaas area during Operation, Alireza was responsible for telecommunication of 410 divers of the 41 Sarallah Divisions and as always was the leader of the battlefield. During the operation, heavy fire the enemy is hit by their boat and he will be missing and permanently stay in Iran's history and reach the safe coast of the divine. His body has not returned so far. 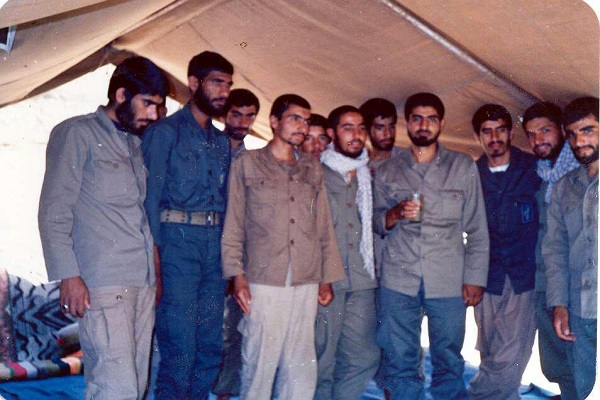 Press defense: What is your message as the father of the lost martyr of the holy defense for the Islamic society? What do you expect from the community and especially the youth?

"The most valuable adornment of women is the maintenance of the veil"; this statement and the wishes of Hazrat Fatima Zahra (S) are the women of the Islamic community, I want to observe the veil and pay attention to the message of the blood of the martyr. The martyrs have been demanding and protecting the values and support of the Velayat-e faqih; they passed through all their being to keep the hijab and sanctity of society. We must all endeavor to have a clean and worthwhile society in the training of a revolutionary and jihadist generation in order to be the true guard of the blood of the martyrs.