'Arabs Won’t Be Led by Ankara 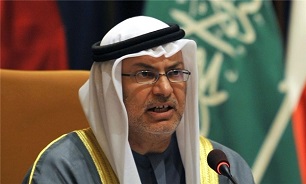 The UAE minister of state for federal national council affairs and foreign affairs, Anwar Gargash, whose country has previously accused Turkey of using political Islam to further its influence in the Middle East, said that Arab states must rally in the face of “regional ambitions”, RT reported.

“The sectarian and partisan approach is not an acceptable alternative. The Arab world will not be led by Tehran or Ankara,” Gargash, who ranks below only the foreign minister as Abu Dhabi’s top diplomat, wrote on Twitter, adding that “The geostrategic competition taking place in the region calls for strengthened Arab unity with Riyadh and Cairo as its pillar.”

Erdogan attacked the United Arab Emirates' Foreign Minister after he retweeted a post attacking a historical Ottoman leader, stressing that "some Arab leaders" were antagonising his country in order to "cover their ignorance and their incompetence".

A spokesperson for the Turkish president, Ibrahim Kalin, has also accused the UAE of spreading divisive propaganda.

The spat marks a new low point in relations between Turkey and the Persian Gulf state, with Ankara throwing its support behind Qatar after it was subject to a blockade and other punitive measures by four Arab states, including the UAE, Saudi Arabia, Bahrain, and Egypt. The Arab quartet accuses Doha of supporting "extremism" and their regional rival Iran, a charge Qatar vehemently rejected.