most visited
عمومی << Home Page
Hasanbeigi in a conversation with DefaPress:

Speaking to the House of Representatives, saying that America's enmity to our country is unthinkable, he said: We have evidence that Americans have long planned to challenge the security of our country.
News ID: 68042 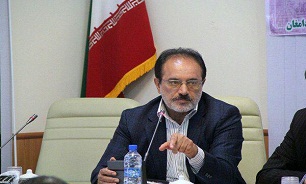 Abolfazl Hassan beigi, Member of the Commission on national security and "people's representative Assembly in damghan, in an interview with Defense News reporter press, pointing to the role of foreign enemies create tension and the recent unrest in Iran, stated: we have evidence and documents that show Americans have long Ago to bring Iran to the challenge of security planning.

This is the home of the nation's more representative due to failure in Iraq and Syria daesh which leads to stay failed Americans on reaching their goals when securing the Zionist regime in Western Asia is one of the most important of which was added in the international communities, as the Commander of the resistance front, known in the region And the presence of the Iranian warriors was that the flow of dangerous terrorist in Iraq and Syria will destroy our country, both in security and stability in the region, there is a key and important role within its territory security, brought peace and tranquility.

He is the enemy of America toward Iran all the unforgettable and reiterated: 2 Trump support terrorist group in Erbil, Iraqi Kurdistan had trained in Iran security opportunities to target. The recent economic situation in relation to the people's discontent, it stimulates the expensive intrigue with the arrival of Iranian terrorist actions Moscow, but the anonymous forces of the Imam (PBUH) in the arrested and as always the enemies of the revolution conspiracy was neutral.

A member of Parliament's National Security Commission with reference to confessions of terrorist elements has been arrested, said the weapons were supplied by the US group and the Salafi Al-Saud is the ethics professors have been takfiri.

The House of representative was reminiscent of the nation: Americans of 15 country in our neighborhood, except for Russia and Armenia in 13 countries have created the military base that the aim of these measures is a sign of Iran. The United States has never supported and never will be, and the people we sponsor. Have to protect the people and the leaders of the Alliance and the canvas border is complete.

Hassan beigi said the Americans and its allies thought that this move is the latest action in the direction of the destruction of their security and the collapse of the Islamic Republic, we will be, but with discernment and revolutionary Nations like the past years, Iran's failure to answer the teeth enemies.