most visited
عمومی << Home Page
Farhangi in Dialogue with DefaPress:

The Islamic Revolution reduced American effect in the area 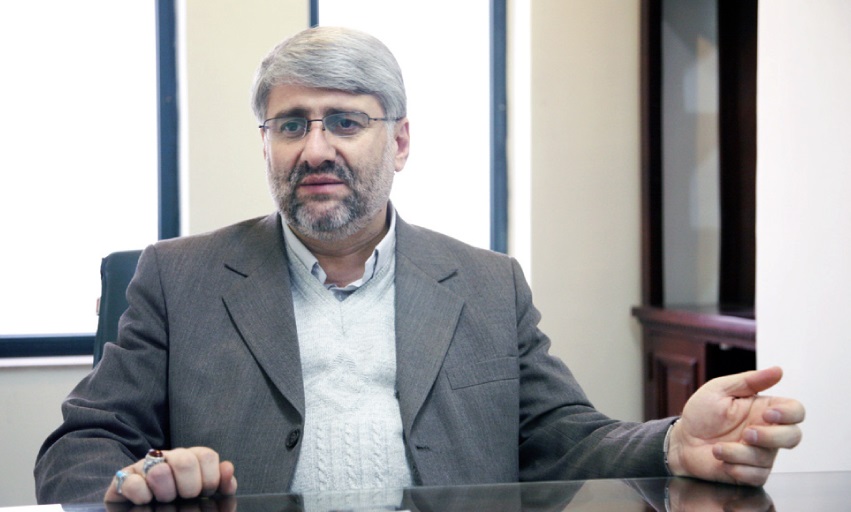 According to interior reporter of DefaPress: The Islamic revolution, the effects of the United States in the region reduced: Mohammad Hossein Fareqani a representative of the people of Tabriz, Osco, azarshahr and Islamic Parliament, protested that the enemies of our nation's growth in all parts of the land is seen, especially in the military, at the same time the arrival of the Islamic revolution, the American Revolution, which led to the departure of camp Itself the national interest I was, in some ways, our plan of attack and meant that they were unable to deal with Iran, they go to war, despair, especially the new generation and of the economic problems, the achievements of the revolution in the eyes of the people, to those involved in the Point out.

The Representative continued that House the nation says the Pahlavi regime with foreigners and not exactly an expert that his Office and added that Mohammad Reza Pahlavi with the help and support of Western power and the law really Iran remark was made by American officials.

He is one of the most detailed democratic achievements of the Islamic revolution and stated: through the insistence of the people, no country could play in relation to personality and if elections are to be held, as the affected toys.

People's cultural role in the Islamic Republic in the current issues of the country has been remarkable and says: today we see that the people of your country with a presence in the next vote.

The representative of the people of Tabriz Islamic Parliament due to Taliban activities against Islamic culture, to take over and says: the same path that Mohammad Reza Pahlavi from his father had sought, in an attempt to reduce the Western culture, he knew Iran's unusual building in the country, he's the same hate people of action He and his family will introduce

Representatives of the Assembly by referring to economic conditions of the people in the revolution before the revolution, said that people today are faced with the problems of life and Government and Parliament are to calm people's worries. But it should be admitted that financial difficulties today in our system and the American Revolution Sue stressed, because they are in our youth that were released during the period before the revolution, were banned. Of the issues, if we want to study the history of the Empire, we realize we'll be in good condition not livelihood, apart from the actors and the supporters of the King. In fact, the economy of the country was changed with the arrival of the revolution.

He said that the production of energy is one of the country's development indicators and says: we're in the power industry today, while we are not only opposed to internal problem but we can develop the power to neighboring countries, many villages and even citizens in the dark before the revolution, but today we see that even in the villages of the country, people are concerned about the further

Noted that during the time before the revolution, the Iranian people did not want Westerners to know technology and order; he said the lack of knowledge and expertise for people who have a cultural background and bright civilization, are valuable in any way, but it's not possible that this high rate of lock Throughout the Pahlavi regime break, because the Americans have no folks  and since the King had no authority in Iran and knew that her instructions to help support the West wasn't for him, the anxiety of the people is important.

He grows knowledge as one of the main concerns is the leader of the revolution, "and said the Islamic Republic's Supreme Leader has repeatedly recommended that the authorities and people to learn the technology, and the scientific progress and access to modern technology to the West is of importance. Achieving nuclear energy USA is terrified that our progress in this area has been stopped. But if the President of the United States wants to transfer the contract, we will increase the action and we will more than before.