Do not send me the picture of my child, I'm scared I'll heave and be united with it

When his son was born, he told his wife, "Do not send me the picture of my child because I'm scared I'll heave and come back to Iran and its affiliates."
News ID: 68468

Azamos sadat Mirtajedini martyr's wife, "Gholam Reza langari Zadeh" in an interview with a reporter in Kerman, pressing Defense stated: g. always wishes to serve Islam and said: "pray that I can serve the good of Islam and the disadvantaged to be Redwood trees.

Stating that I told my wife, I have a nice, added: g. love martyr and martyrdom and was always a welcome ceremony of martyrs in Kerman to the commemoration of the martyrs and also the active person. 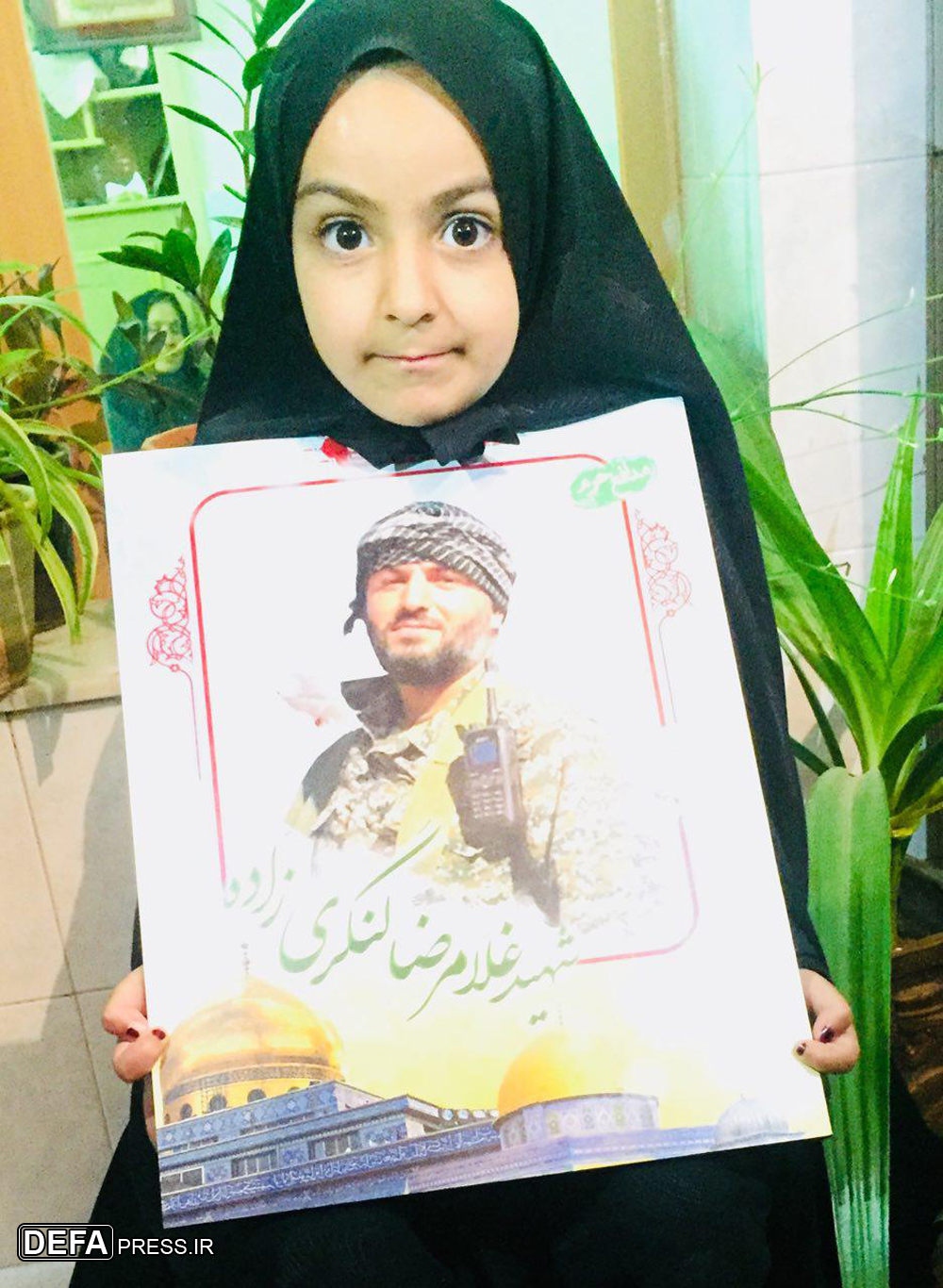 The wife of a martyr langari Zadeh to souvenir called "m's" and "pointed" and said the six-year-old's and Mr. our daughter 2 months old and has a good relationship with her father and was friendly and my wife as well as their behavior in trying to operate in such a way that he, our daughter Template.

Mirtajedini added: this year, Syria deployed September GH and I make my child was pregnant and that condition basically Mr. liked birth my children, my wife is me. When I gave this message to them, he said: "here the more I need and must stay," and I also got accepted.

Martyr langari wife Zadeh added: when Mr. born, my wife gave me a message that my photos do not send for me, because I'm afraid to go back to Iran and his dependent and depressed anymore.

He added: the last time from dispatch to Syria was his and he is still the second child had never seen, so they decided to meet g. and Mr. in Syria, he said: «to take the kids and your mother  to Syria, "and she was very happy and the work of our journey Place the track and said: "you have to come and go, Syria news you'll hear my testimony and this will be our last visit, but I'm serious did not get letter.

martyr langari wife Zadeh while crying, continued: the day that we got to Syria, g. with a bunch of flowers to welcome us, and at that moment to remember me and his mother, g. after four months in Syria, and he drew her sons in hug and it Immerse the kiss.

Mirtajedini added: when the news of the martyrdom of GH to our room's corner, crying. I ask him why you crying? Except what happened? Because we were told that's not your martyr and I didn't know how a kid 6-year-old bfahmanam that not your nose. Said's when we were in Syria to embrace my dad and said, "if I don't be sad and upset I became a martyr, I am alive and I am always by your side.».

He is on the order of a martyr to his family, said: the first prayer time and care about GH of our children very stressed and order that we first time focus your prayers and pray that our children always soldier Imam (PBUH). I also try to do education and Mr. so's that he wished.

The wife of a martyr in the end stated: g. love martyr «f God was at work» refuge of she wanted help and to the resort. He always said: "I wish my mother up to the front of the Hazrat Zainab I martyr (r) e. and flourishing," and now it is true that GH is not beside us, but our greatest happiness in the world know of existence and has been a great blessing I hope we deserve this. 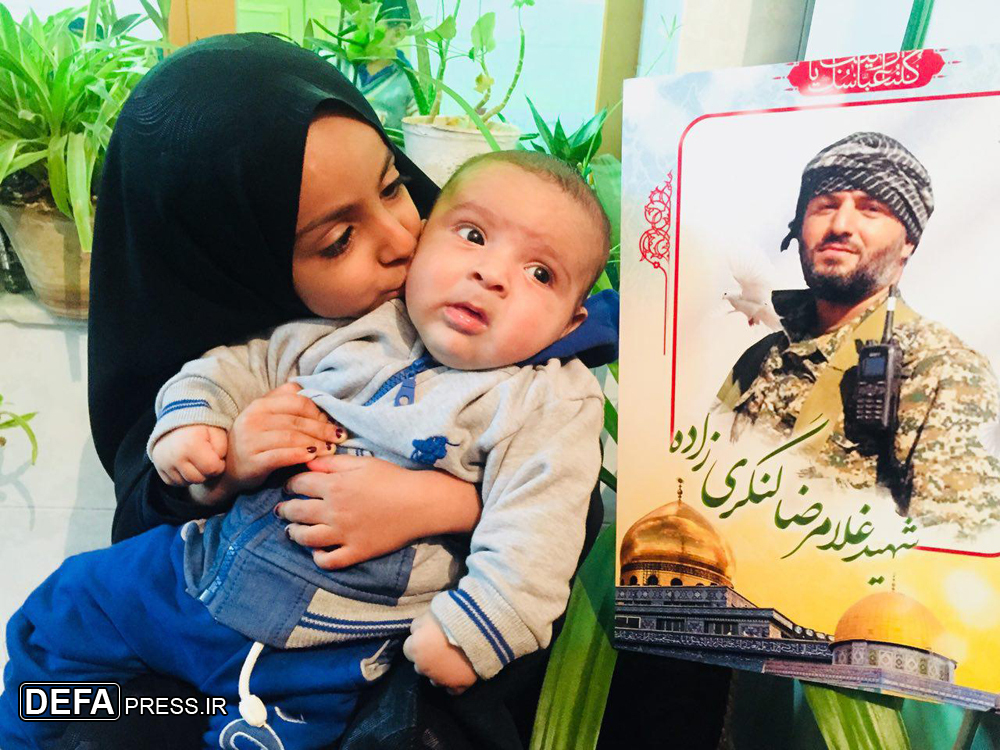 He added: martyr langari Zadeh tried to several times through the Division deployed to Syria and hojjatiyeh groups are always welcome at the ceremony with a motor of the martyrs.