Maj. Gen. Soleimani on the anniversary of the martyrdom of martyr Mughniyeh, wich operations of Hizbullah's cited ?

(Tehran) Defapress: Maj. Gen. Qasem Soleimani, commandant of the Revolutionary Guards Corps Quds Force, said Thursday at the commemoration ceremony of the martyr Imad Mughniyeh (Haj Rezvan), commander of the Lebanese Hezbollah military wing, who was detained on February 23, 2006 in Sufi Sufi region of Syria. The agents of Mossad were martyred, pointing out a few of the highlights of this martyr Hezbollah commander, including "Ansariyah operations".

This operation was approved out two periods ago by designing and directing two members of the Hezbollah index, which included the martyr Haj Emad Mughniyeh (Haj Rezvan) and Martyr Mustafa Badr al-Din (Zulfaghar).

Operation Ansarieh was one of the main acumen and working setbacks that arrived the Zionist government, and Badr al-Din martyr mentioned to as the Brain War.

Blood banquet in the orange garden

21 years ago, on September 5, 1997, at 00:10, a team of 16 men from the Israeli army's eldest commandos, Shaytat 13, wearing non-shiny black clothes and high-calf moonboots, the series aimed at kidnapping some of the protuberant members of the Islamic Resistance, arrived the terrain of Lebanon through the port of Tire and set off on a stony beach near a two-story house.

These forces were armed with the best tackle (including the A.K47 weapon), and at least one of them (the sergeant of Itamar Ilya) had its mines in its backpack for street use. 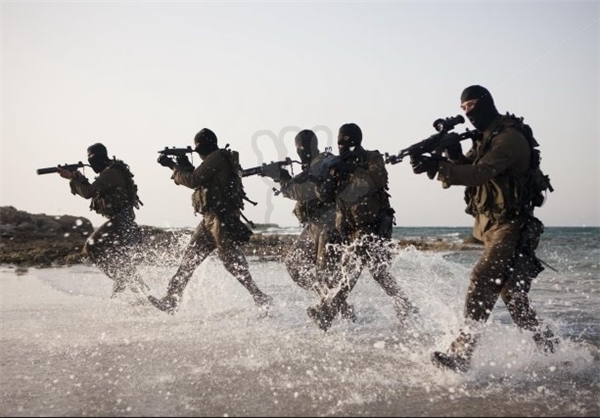 Shaitet 13 is one of the three special units of the Israeli military operating under the naval force of the regime and capable of attractive in ground, air and sea bouts, as well as secret and furtive operations in nadirs of the enemy's ground and instantaneous attacks.
One of the main errands of this entity is to carry out "release operations" and "anti-terrorist operations". 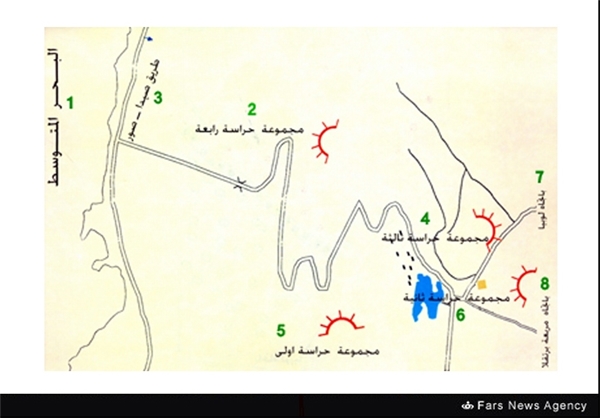 The Israeli forces still did not move a few kilometers more in Lebanese zone, which were hurried into the village of Ansariyeh (southern Lebanon) below the robbery of the Hezbollah forces that had already been to come for the influx of the team.

The trap of Hezbollah was alienated into 4 groups (a total of 20), all of whom had prodigious skill in the fights in southern Lebanon, and their command was headed by Abu Sushmran, who was from the village of Ansariyeh.

All the militaries were beating between the trees and the "commandant" could hear the voice of the Israeli commandos talking to Hebrew in close nearness to the enemy forces.

When specific Israeli troops arrive at the zone, "Abu Mohammad" issued an instruction for an attack, though resistance fighters had previously predicted a number of hotheaded devices in the zone.
Under the facility of the commandant, the first bomb that was placed beside the street detonated, and a strange sound in the area warped.

The group has not yet been talented to rally itself as the second bang occurred, and the Hezbollah forces beating in orange parks attacked Israeli commandos with machine guns, grenades and missiles. 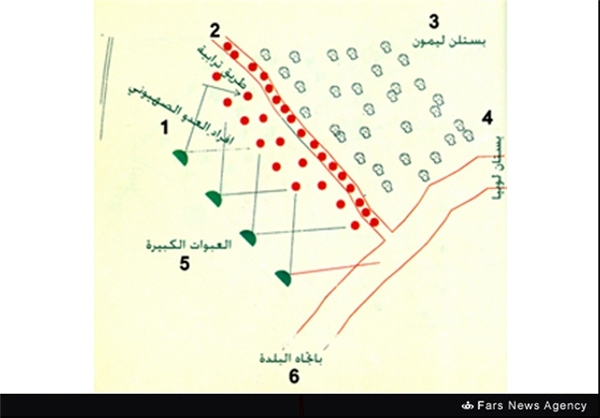 "The group fell into the ambush of Hizbullah while it wanted to trap Hizbullah. In the starting, the Israeli commandos encouraged themselves in the Wadi Saclon area, riding boats and incoming the area through the sea, but then the bangs began and soldiers shouted that we were trapped.

After a few seconds, the second and third blasts occurred and the contact with the band members was interrupted. Fighters and helicopters worked to save the battalion, but it did not make sense. "
In the same clash, a number of Israeli commando troops were killed by a pre-embedded mines explosion, including Colonel Yossi Gurakin, commander of the group.
As a consequence of one of those bangs, the explosives exploded confidential the back door of the Itamar Ilya and riven it into pieces, leaving behind numerous other regiments from the commandos. 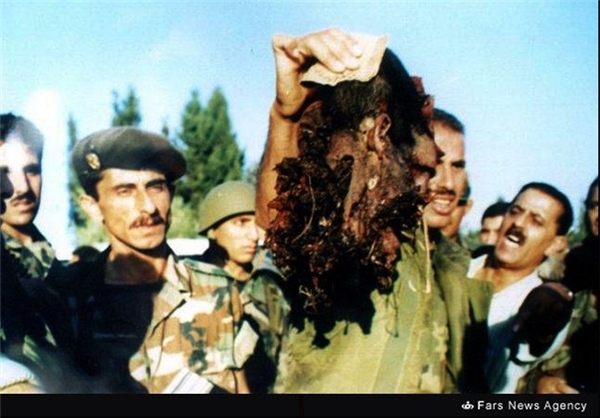 The remains of the secretary's body, "Itamar Ilya", which the Lebanese army forces have taken to the region after finishing the operation.

In the aftermath of the clash, which continued about 20 minutes, 12 of the Zionist commandos were killed, 3 were injured, and one was left alone, who sent the occasion to the midpoint by wireless. 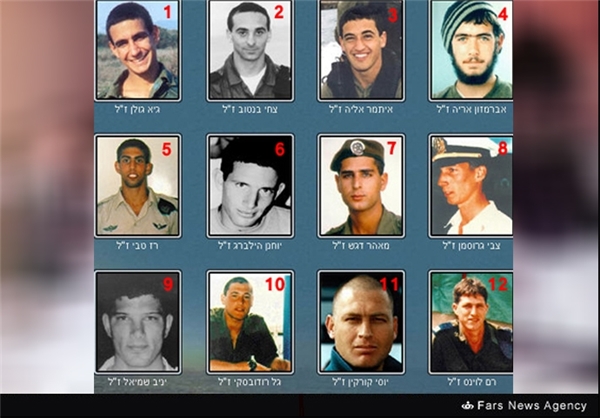 Images of the “Shaitet 13" commandos killed in Operation Ansariyeh. The No. 3 sergeant, "Itamar Ilya", and the number 11 colonel "Yossi Gurakin" is the commander of the group.

Upon information of the substance, the Zionist helicopters are actively entering the zone and can (with the superiority of apparatus over Hezbollah, due to the ownership of night dream equipment), the leftovers of persons and bodies of some of the dead, but the leftovers of a number They were left with equipment from the collection that Lebanese Hezbollah later showed, and the remainder of the dead were also exchanged with the bodies of numerous Islamic Resistance martyrs who continued in the hands of the Zionists.

Upon the end of the assignment, the Hezbollah functioning forces left the area, with merely one of them taking a minor injury. 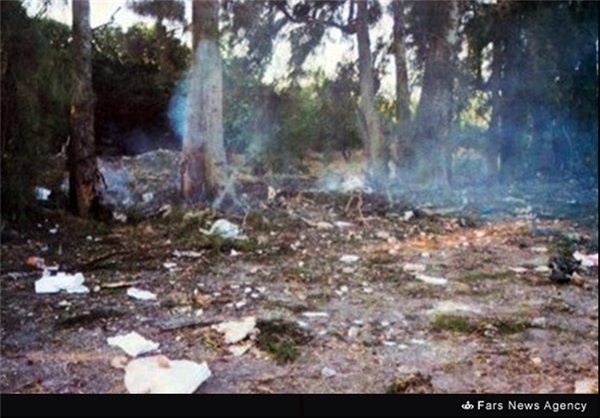 An image of the place of conflict

The Zionists put the name of the operation "Sepidar", but Hezbollah in Lebanon named "Fakh al-Abbas" (Kamin Abbas) as the martyr "Seyyed Abbas Mousavi" (Hezbollah's secretary general, who had been martyred six years before by Zionists) though it was name again "Ansariyeh operations" in public estimation. 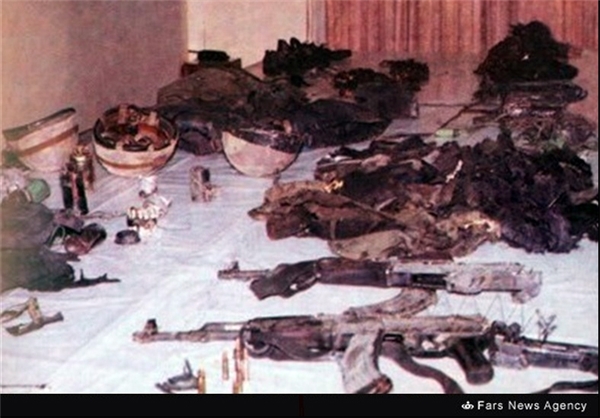 Another hell in "Ben Judea"

At the same time as "Ansari's operation," Ben Juda's street in the Holy Al-Qods revolved into hell as one of the Palestinian martyrs, occasioning in the deaths of 16 Zionists.

The managerial of the bin Juda Street, Khalil Ibrahim Sharif, was a member of the military wing of Hamas (the dear martyr of Izz al-Din Qasam).

The operation transported the number of Zionist deaths to 28 on one day.

At that time, Benjamin Netanyahu was the prime minister of the Zionist regime. He called "Operation Ansariyeh" one of the nastiest tragedies for this regime and said:

This is one of the nastiest disasters we come across. I do not overstate, if we say we lost our best in this operation. Such a day is continuously a regret for the state of Israel ... "

Israeli war minister Isaac Mordechai also mentioned on the operation, "The operation was accepted out where it was expected that the equal of readiness and sympathy would be little. All the defenses needed to safeguard the success of the operation were taken, but I do not know just why this happened ...”

Ansariy's operation for Israel was not only a military defeat, but too an info tragedy; a letdown that, after two periods of its history, is one of the nastiest events for the Zionist army.

At that time, nobody knew what was actually happening and the Zionists also careful Hezbollah's claim to be conscious of it as a bluff.

Sayed Hassan Nasrallah said numerous hours after the victory of his warriors in Ansarieh at a press conference, "Resistance was precisely after the explosion of Baladeh al-Kufour [an operation that was carried out shortly earlier Ansari by the Israeli commandos in the area of Al-Kufour and they were talented to appear to several members of the resistance], Since the supporter was not twice picked up from a fleabag, in most zones he was completely alert with the best weapons of war ...”

One year later, on the anniversary of the Ansarieh operation, he harassed that Ansari's trap was not a contentious drama and battle, and Hezbollah fighters were to come for the Israeli commandos, and what blew up and cut off a lot of hands and feet were mines that were already laid. It was not, as the Zionists say, a detonation of mines resonant the commandos with them.

Hezbollah administrator general promised to give more particulars at the right time; clarifications that would confuse the world.

This assures occurred 13 years later, at a time when the murder court of Rafiq Hariri (former Lebanese Prime Minister) was in evolution.

In one of his lectures, Sayed Hassan Nasrallah once more pointed out that on that day, Islamic Resistance warrior were waiting for the Israeli commandos in the southern Lebanese coastal gardens.
Later, the assistant former Mossad and former Zionist commander of the Zionist regime later confessed for the first time that Ansarieh operation had observeed calls for Israeli pilots to talk to Israeli pilots, and for this cause they were in Israeli forces before they had "lurked" from attainment the site.

The confessions were free in a documentary that was transmit by al-Maidain's "Southern Moor of the South" on the subject of the operation.

The scenario of the assassination of Rafiq Hariri (in 2005) was set to be a fingerprint for Hezbollah, but this was not politically acceptable owing to good Hariri's relations with Hezbollah.

On the other hand, Lebanon's Hezbollah claimed to have information that Zionists were the major cause of the assassination of the former Lebanese prime minister.

In that talking, Sayed Hassan Nasrallah, in order to display that Hezbollah's claim was not a trick, obtainable the documents of operations of the Ansarieh for the first time in order to reveal the strength of the resistance forces.

It was obtained by Hezbollah warriors through the Israeli intelligence aircraft, which was in print 13 years after Ansariyah operations.

In the speech, Seyyed Hassan Nasrallah said: "Before 1997, the Islamic Resistance in the South with technical labors managed to obtain images detained by the MMK spy plane. These planes were filming sure areas in southern Lebanon and sent their images straight to the enemy operations room.

Our brothers were capable to send the images to the network and, as a consequence, they could send the images sent straight to the enemy's operations room at the same time in the resistance room. This was a technical attainment for the resistance youth, the youth who are cultured in schools and Lebanese institutions.

First, there were problems, because retrieving pictures and videos requires skill that we did not have enough of it.

Also, the recovery of images required direct credit of areas or satellite imagery to compare and match the images and photos taken so that the location of the image can be resolute to which area or village or city is related.

No human beings can straight situation themselves, even if they have such images, but need proficiency and amenities that were not enough for us.

Another topic was that our technical capabilities did not go so far as to get the images that Israeli spy planes received and sent simultaneously.

As you know, some spy planes simultaneously flew over southern Lebanon, Dahiya, Beirut, northern and Beqaa areas, and we did not have the ability to get all the pictures, but managed to get some of them..... The brothers received airborne images taken from an Israeli spy plane that you will see for a few moments. [The documents of the pictures taken during the speeches of the secretary-general of Hezbollah] were flown from the beach to the gardens and over sure roads, reaching the "highway" road, which finally ends in the village of Ansariyah.

At that time, we relied on the human and rustic experience. In this sense, we were helped by friends from the south, particularly where there was seashore.

The locations and ways that the enemy aircraft were shooting were recognized and checked whether Israel would succeed operations in this region.

We suppose that we will do such an operation. We set up different ambushes in this way. Our brothers wandered there for a few weeks there, on one of the dark nights of September 5, 1997, the Israeli commando forces herd out of the sea and during the road they had identified, throughout the night, to the camp that our brothers mounted for them. They arrived and there was a confrontation ...”