most visited
عمومی << Home Page
The father of Martyr Dariush Davani in a conversation with the Defapress:

Darius was restrained for Presence on the front

The father of Martyr Dariush Davani affirmed that my wife once went to Karbala on behalf of Darius, saying: "My wife hoped to hug our child again." My wife's place at the departure to my son's body was empty.
News ID: 68842

"Mohammad Reza Davani, the recently identified martyr's father, Dariush Davani, in a conversation with the epic and jihad group of Defaprrss, said: Darius was the eldest son of the family. Allah, as well him, gave us three daughters and one son who were few in the war years.

"Mr. Davani" identified "new martyr father Darius sweep" in the interview with the reporter of the saga and defends Jihad press, stated: Darius was the eldest of the family. In addition to his Lord, three girls and a boy we gave that little age during the war.

Stating that I am a retired oil company, added: Darius was 17 years and had more students who decided to go to the front, When deployed against the tab I'm * so I signed, he said, "The time you go to the front coming. The community in the future need to be better educated person, that is the lesson being;. » Darius replied "our mission is to continue the studying quarter goes back. Now you need to go to the front and my debt rate.

The father of a martyr wife sweep noted: despite the affiliation to Darius, with test agreed. I also got to sign test factsheets; because it was believed that the intellectual maturity and he knows what the correct way.

He reiterated: Darius restless before dispatch wanted to be deployed to the front sooner. He was 61 years for the first time with the Prophet Muhammad (PBUH) Division in the operation of the «Ramadan». About four months after the last test and news of Darius. For more news of went, "he says. There I was informed that my son and several of his friends are missing. Personal belongings and bags of Darius I's and came home with empty hands.

Davani continued after my son, missing-r has got to know what's happening where the operation occurred and whether it is likely that my son is alive. After searching it seemed that he is a martyr; but however Veterans Affairs Foundation and he still lost.

He was particularly unsettled by his wife during the parting, he said: every time a martyr wife, it said, "perhaps the time between Darius." my wife went to the unknown martyr’s funeral and every year on the anniversary of the end of the ceremony all the Quran missing Darius. 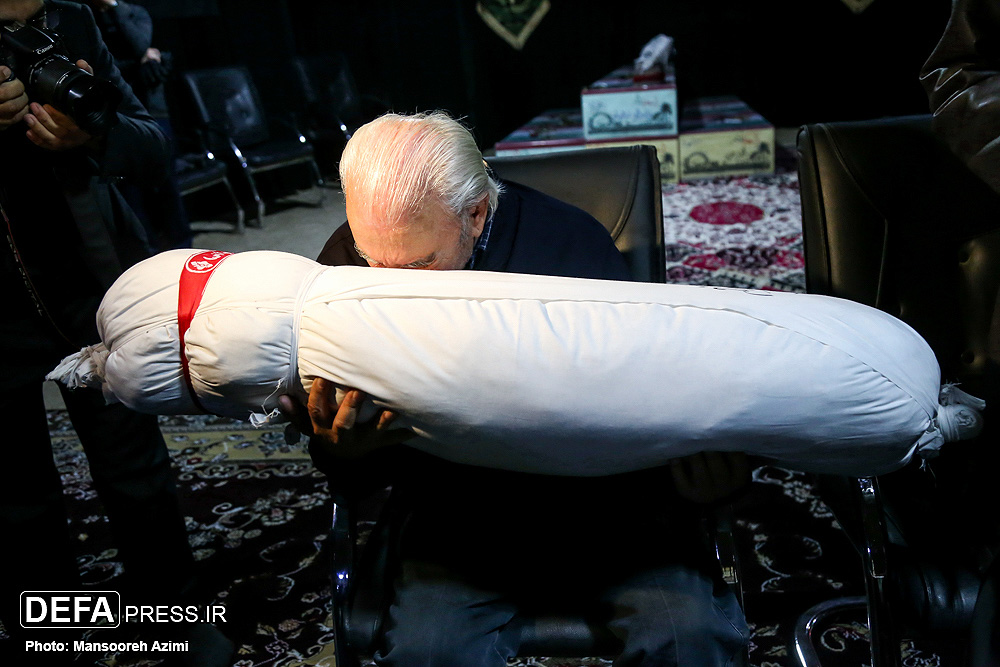 The father of a martyr by stating that the sweep about 10 years past my husband's death, stated: my husband once went to Karbala from the dead my child. He wished to once again embrace my child. My wife's place on a farewell ceremony of the giant my son was empty.

Jockey arrested in reaction to his martyrdom than to narrative: some people when I saw my wife's impatience, said, "Why do you let your son go to the front? Or why does your son study? "During these 35 years, a lot of people heard of sympathetic characters. Some also hope that us giant Dariush.

He gave his son the family honor and title: after 35 years, I would say that other giant Dariush creep. Thank you missing Search Committee of which I am to my wish. I pray that the eyes of all the families of martyrs of the expected end and lost once to configure dears to embrace.