plot a new conspiracy against Iran!

The head of the Republican faction of the US Congressional Committee on Foreign relatives and the governing body Republican Representative of the United States had a four-day visit to Saudi Arabia and Egypt to talk about significant topics that were centered on Iran and regional pressure.
News ID: 68987 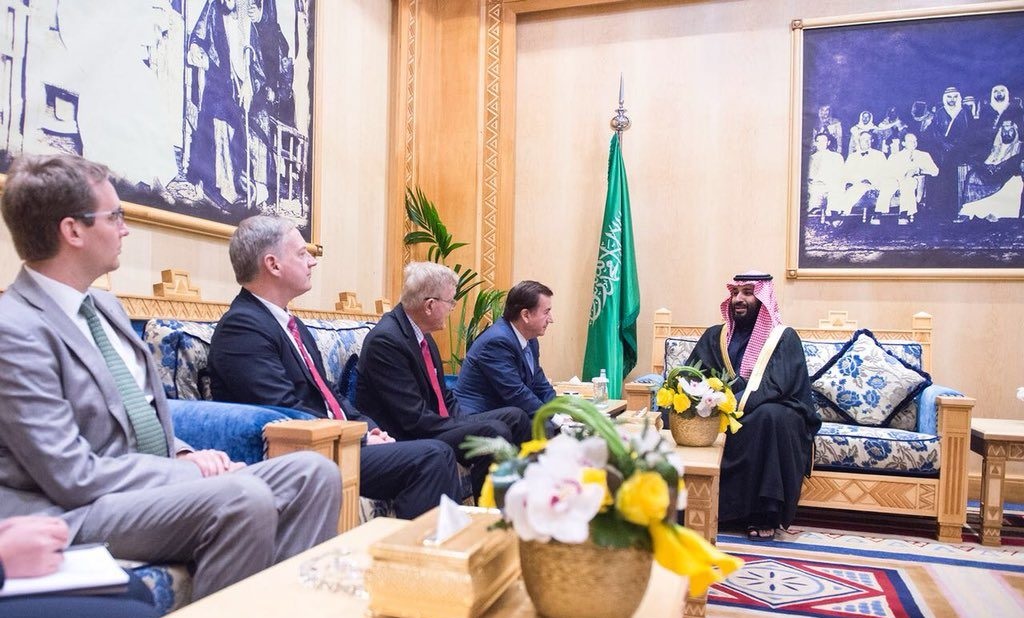 According to international Defapress reporter: Ed Rees chairman of the Republican Party of the US Congressional Relations Committee and Republican Senate Republican Representative, had a four-day visit to Saudi Arabia and Egypt to negotiate important subjects, centered on Iran and regional dangers.

Reuss expressed his delight to Saudi Arabia's humanitarian help to Yemen, and Iran's carry for Ansarullah Yemen has been a issue in the continuation of the Yemeni war and the famine and sadness of the Yemeni people. On the one hand, five senior congressional farm outs began their second round of embassy visits. According to Reuters, the Speaker of the House of Representatives from the Republican Party said that Tehran's control of sanctions would be a cost to the country.

The beginning of the Yemeni clash was a domestic topic, due to the Yemen's central government's weakness in providing a suitable and non-discriminatory basis for all sectors of society, including the Shiites of that country, which account for a large percentage (40%). The process of popular complaints was also spreading to the Majles and the people's settlement with Ansarullah in Yemen was increasing, causing anger by the central powerless government, thus Saudi participation in the internal affairs of Yemen began on the excuse of helping the central government of the country.

The Saudi attack on Yemen was instantaneously accompanied by US support. A spokesman for the National Security Council said: "We have a very logical and systematic collaboration on a wide range of subjects, including Yemen with Saudi Arabia."

"The United States is helping one of the world's most deceitful regimes in bombing and blockade of one of the poorest and poorest countries in the world," Newsweek wrote in its November 22, 2017 issue. Saudi bombs land on residential areas, refugee camps, schools, hospitals and more. Despite all this avoidable confirmation, the United States has continued its logistical support and intelligence collaboration with Saudi Arabia since the start of the Arab campaign against Yemen. What has made the condition much worse; Yemen has been inundated by sea, air and land and prevented from entering humanitarian aid. "

The extraordinary point is that Saudi Arabia blames Ansarullah in the Yemeni crisis, bypassing Hadida's port because he believes it a priority in his war policy and believes that the weapons used by Ansarullah to assault Saudi interests from side to side this harbor Smuggled Public pressures on the humanitarian catastrophe in Saudi Arabia led the country to declare in December that it would only allow transfers for transportation of necessary goods and petroleum for a period of 30 days, Humanitarian aid that Royce relates to Saudi Arabia and is pleased with it.

In a BBC report, it shows a turnaround of the facts from the United States. "The Al Saud government has prevented 300,000 tons of food provisions, 192,000 tons of petroleum was shipped from Yemen to 29 ships," the BBC reported. Unfortunately, the continuing repeat of lies is supposed to be.

The attack on Yemen has much profit for the Saudis, even though Saudi Foreign Minister Adil al-Jabir has said that the reason of these attacks is to support the lawful government and stop Ansarullah from dominating Yemen, but the realism is the ideological and geopolitical importance of that country. Ideological significance Because about 40 percent of Yemenis are Shiites, which make up about 10 million out of the 23 million Yemeni population, so the sense of danger Saudi Arabia poses to this Shiite population, with the alleged reason of knowingly affecting Shiites in the country of Saudi Arabia, is a pretext for The oppression of the Shiites and the geopolitical significance is owing to the presence of Yemen among the two most important Persian Red Sea and Indian Ocean rivers. Bab Al-Mandeb Strait plays a significant role in the transport of oil products. This Strait is the fourth most important international waterway after the Strait of Hormuz, the Strait of Malacca and the Suez Canal.

But what really is American support for Saudi Arabia to bomb Yemen's defenseless people? The Saudi forces are completely ready by the United States; they are equipped with weapons purchased from the United States. The planes used to bomb the Yemenis are refueling on American ships and their war strategy is intended through the US intelligence service. Indeed, without American participation, the Saudi invasion could not persist and caused such a disaster.

Given that the US House has approved a bill that the US intercession in Yemen is unlawful, it has unnoticed the executive branch of the bill. The only advantage to the United States in engaging in this crime against humanity was the unsteadiness of the area. Unfortunately, the reasons for this instability in the area have two sharp edges, which is more than a loss. The Saudi-backed US-backed alliance has infiltrated the remnants of al-Qaeda, and the growth of this group will not only surrender the blameless people of Yemen and extend the anxiety further than the borders of Yemen to Europe or the United States, Experienced. America's involvement in a area that has nothing to do with it is not the only trustworthiness of the United States in terms of humanitarian claims and defending human society.

On the other hand, US hold up from Saudi Arabia for bombing the defenseless Yemen and Ansarullah is a kind of patriotic support from Israel, which is now between Saudi friends and is about to resume relations with that country. The weakening and inhibition of Iran's missile power in the region requires the stipulation of appropriate advertising space; consequently, the challenges and anxieties in the region should be attributed to Iran in any way, in order to bring the minds of the international community to Iran's self-restraint in the possession of pre-installed military devices such as long-range missiles, Ballistic, and ... Djar is skeptical.