The reason for the change of US foreign policy towards the Middle East and the attempts to spread Islam phobia has come from the September 11 incident.
News ID: 69666 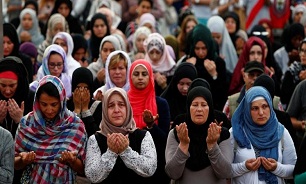 According to international Defapress reporter: The phenomenon of Islam phobia in America was before Europe and its beginning of World War II, because of the emergence of this phenomenon in America's close relationship with Israel, And the Islamic Revolution has had a lot of effect on this American illusion, and this is due to the lack of recognition of Israel by the Islamic Republic of Iran, and thus the Israeli parties in the US have expanded Islam phobia and used it to achieve their aim.

May 11th, May 11th, without a doubt, has exerted a great deal of influence on the rise of Islam phobia among the American people. Undoubtedly, US foreign policy has been pessimistic about the Middle East. Huntington's "Clash of Civilizations" theory has, therefore, grown in political debate, he said regional and global conflicts have been shaped due to cultural and religious differences, he said that since the great civilization of the world, the only western civilization and Islam is You are dealing with why Islamic civilization is the whole world, but the United States and the media under its control gradually promote predetermined policies of Islam phobia in order to gain more influence in different parts of the world, especially in the Middle East.

Depa Kuma, author of Islam phobia, admitted in an interview that we are witnessing an increment in the venomous space of Islam phobia that is constantly extending. This has considered many worry whereas the September 11 attacks. Whereas then, the template of detention and exile has exacerbation. Mosques, community centers and even children's sports leagues are under the control of the Bush and Obama governments and now Trump. There are many crimes behind Islamabad's mask that are Muslims. Immediately after September 11, non-Muslim citizens and Muslim Americans were arrested and interrogated by FBI. Given the reality that even one in 200 arrested persons had no connectivity with the attacks.

Comparing the comparisons of American violence with US terror attacks in the US after the 9/11 incident, the magnificence of Western media is truly amazing. According to reports, 496 Americans on the territory of this country were hit by bullets from 2001 deaths, but only 3,380 people worldwide have died due to terrorist attacks, while in the United States after the September 11 terrorist attacks, 45 people have been killed, in the words of Almost from every 10,000 people have been killed by armed terrorist attacks. In the armed attacks that took place in schools, there has never been a Muslim incursion.

In fact, Islamophobia has made the Republicans win points. It was not previously among American policy makers, and funded extreme right-wing parties. The verbal attacks of American officials on Islamic fundamentalism have repeatedly been repeated by US presidential candidates. For example, Hillary Clinton, when Trump requested a base for recording Muslim information in the United States, said "it was shocking words." It seemed that he had forgotten that he had made similar processes in the country for more than a decade, such as the National Entry and Exit Security System 2002, originally based on his wife Bill Clinton's bill of terrorism in 1996. This system requires immigrants aged 16 and over from 25 different countries, photographs, fingerprints, interviews and financial information. In late autumn 2003, more than 83,000 immigrants were registered with this system.

In all the speeches of the US presidents, its priorities in creating Islam phobia are aligned with the lobby of Israel.

Islam phobia has grown dramatically in the United States due to its country's prejudices and excessive insults. Obama's remarks are "the responsibility of Muslims around the world to eradicate misleading ideas that lead to radicalization," which writes in an episode in Islam Due to the violence of some Muslims, the scenes must be blamed, but by creating Islam phobia in the United States, they have provided the ground for intervention in the Muslim countries, and various structures such as political organization (Democrats and Republicans), the national security apparatus, universities and think tanks America is in the form of a cornice Giants All of this is geared toward producing two types of Islam (liberal and conservative), which the media are helping to do.