Iranian Navy Commander Rear Admiral Hossein Khanzadi called on the neighboring countries to do their best to bring safety and security to the regional waters.
News ID: 70054 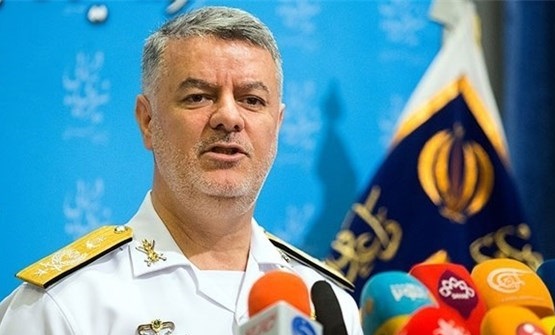 He reiterated that the Islamic Republic's continuous presence in the regional waters is to protect the country and the Iranian nation in the sea.

"To date, more than 2,400 ships have been escorted by the Iranian Navy and we have deployed about 52 fleet to the area; we have faced piracy many times,” Admiral Khanzadi said.

The Iranian Army Navy commander pointed to two rescue operations carried out by forces under his command, and said, "We conducted a major naval operation dubbed Thunder 1, near the waters of Somalia and another operation Thunder 2 in the Northern part of the Indian Ocean during which two Chinese and Panamanian ships carrying cargos towards Iran were rescued."

Admiral Khanzadi underlined that Iran seeks a vigorous presence in the regional waters in line with the guidelines of Supreme Leader of the Islamic Revolution Ayatollah Seyed Ali Khamenei to secure its own waters.

The Navy Commander underlined that that Iran believes the security of regional waters should not be handed over to powers beyond the region as their presence is only destabilizing.

He, meantime, pointed to the importance of the Bab-el-Mandeb Strait, and said, "Bab-el-Mandeb is an important shipping route for Iran and its security is a matter of concern for Iran."

"If the security of the Bab-el-Mandeb Strait is in the hands of the coastal countries, Iran will support them, emphasizing as far as it is necessary Iran will be present in the important shipping route with the aim of collective security.

In relevant remarks on Sunday, Chief of Staff of the Iranian Armed Forces Major General Mohammad Baqeri warned that the slightest aggression by the enemies would trigger his forces' crushing response.

"The Armed Forces are at the highest level of preparedness and would respond to any threat and aggression by enemies of the Islamic Iran," General Baqeri said.