TEHRAN (defapress) - Danish ambassador to Tehran said that the European Union is trying to overcome the sanctions issues with Iran, the activities of Danish companies, including a pharmaceutical company and academic cooperation with Iran, continue.
News ID: 72186 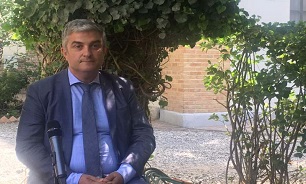 Danny Annan announced on Tuesday of a memorandum of understanding with Iran's intellectual property center at his residence, adding that the European Union is examining all conditions to address the sanctions issues.

Annan stated, 'The difficulty in this way is surprising to us, but these hardships do not stop our activities.'

Anan said one of the important issues of this partnership was intellectual property and trade and industrial trademarks, adding, 'Cooperation between the two countries is not just in the political arena, but our universities and our academic centers are also doing good work.'

'Even Danish archaeologists are working in Iran and there are specialists who are doing research in the Caspian Sea,' he continued. 'We see more Iranian entry into Denmark for tourism, work and study, and this is true for Denmark.'