Iran Warns of Spread of Terrorism in Afghanistan

TEHRAN (defapress)- Iranian Deputy Foreign Minister Morteza Sarmadi warned that the terrorist groups which have been defeated in Iraq and Syria are being transferred to Afghanistan and have grown a threat to the Central Asian states.
News ID: 73052 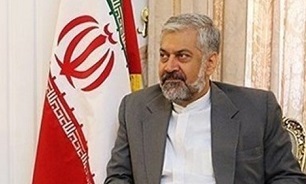 Sarmadi made the remarks in a meeting with Chief Executive of the Islamic Republic of Afghanistan Abdullah Abdullah on the sidelines of the Shanghai Cooperation Organization (SCO)'s 17th summit in Dushanbe on Friday.

During the meeting, the two high-ranking officials studied the latest developments in bilateral ties, stressing the need to strengthen them.

Sarmadi referred to the security situation of the region and transfer of terrorists from Iraq and Syria to Afghanistan, and said, "We consider Afghanistan's security as our own security and we will not spare any assistance to confront them (the terrorist groups)."

Elsewhere, he underscored Iran's resistance against the sanctions imposed by the US President Donald Trump's administration, dismissing unilateralism in the world.

The US and certain regional states have been witnessed attempting to transfer the terrorists from Iraq and Syria to Afghanistan after their failures in the two countries.

During the conversation, General Hatami voiced regret over the death of hundreds of innocent Afghan people in the recent terrorist attacks, stressing, "Iran has always been concerned about foreign plots against the Afghan people."

He said that the Americans had created the ISIL to use them in Iraq and Syria, and added, "The US attempted to take the ISIL out of the battlefield after its heavy defeats in the two countries and transfer them to Afghanistan to justify its presence in Afghanistan with their shameless crimes."

General Hatami warned that the US was pursuing plans to increase military forces in Afghanistan, and said establishment of security in Afghanistan was possible only through the regional states' positive approach and use of their common capacities to fight against terrorism.