TEHRAN (defapress) - The Diet on Saturday approved an economic partnership agreement with the European Union set to create a free trade bloc accounting for 30 percent of world output.
News ID: 74200 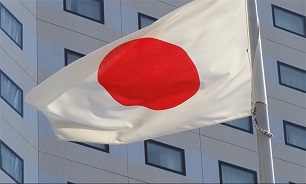 The Upper House passed the pact by a majority vote at a plenary session, with support mainly from the ruling coalition of the Liberal Democratic Party and Komeito. The Lower House gave its approval late last month.

Japan is expected to finish necessary procedures, including amending governmental and ministerial ordinances, by the end of this year, The Japan Times reported.

With the European Parliament slated to ratify the pact by year-end, the deal is seen coming into effect on Feb. 1, 2019.

This will follow the effectuation of the Comprehensive and Progressive Agreement for Trans-Pacific Partnership free trade agreement among 11 nations, including Japan and Australia, slated for Dec. 30.

The Japanese government hopes to demonstrate the superiority of multilateral free trade regimes over bilateral ones before it kicks off bilateral trade talks with the United States next year, officials said.

Under the EPA, tariffs will be removed for over 90 percent of the trade data-x-items between Japan and Europe.

Tariffs will decline for a wide range of agricultural, forestry and fishery products, including European cheese, wine and pork, allowing Japanese consumers to enjoy such goods at lower prices.

Japanese manufacturers will see greater opportunities to expand their exports to the EU because tariffs will be removed on Japanese industrial products, including automobiles and car parts.

In Diet deliberations, opposition parties expressed concerns about negative effects on the dairy sector from an influx of European products, including cheese.

The government and the ruling bloc promised to work on measures to bolster the competitiveness of the domestic agricultural sector, including support for dairy farmers.

The EPA will introduce “comprehensive and advanced rules” for the protection of intellectual property and e-commerce to facilitate trade and expand investments, according to a Foreign Ministry executive.