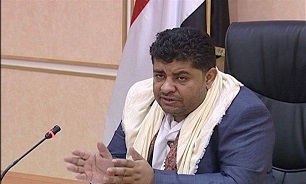 The WFP, which plans to provide food to up to 12 million Yemenis a month in 2019, on Monday accused Houthis of "criminal behavior" and of selling food aid in markets in the capital Sana’a.

The chairman of the Supreme Revolutionary Committee of Yemen, Mohammed Ali al-Houthi, hit back saying the WFP was "fully responsible for ... quantities of rotten food" it sent to Yemen.

He said Yemen refused to allow this food into the country because "it violates standards and regulations and is not suitable for human consumption."

Houthi said, however, that the revolutionary group "welcomed" an independent investigation and called on the WFP to back up its accusations with proof.

"The work of these organizations is mostly politicized, and their position ... confirms their work has shifted from independent to subordinate" to the United States and Britain, he said.

The ceasefire went into effect on Dec. 18, but it has remained shaky with the two sides accusing each other of violations.