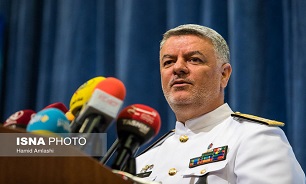 Rear Admiral Khanzadi said the construction of the vessel has been completed and it will join the naval fleet on January 29.

Fateh (Conqueror) is a 100% domestically-manufactured submarine. The 600-ton Fateh is among semi-heavy submarines and is equipped with state-of-the-art weaponry such as torpedoes and naval mines. It can operate more than 200 meters below the sea surface for near five weeks, according to Navy officials.

Referring to the efforts to overhaul Damavand Destroyer, the navy chief said the work on repairing the giant vessel is in the final stages, and it will join the fleet soon. Damavand is a destroyer which sank in the Caspian Sea in January 2018 after it suffered damages during bad weather in Anzali Port in northern Iran.

Iranian navy is also set to add Dena Destroyer, the latest version of Moudge-class vessels, to its flotilla in the coming months.