TEHRAN (defapress)- Secretary General of the Shanghai Cooperation Organization (SCO) Vladimir Norov said that the SCO is after reaching an agreement with Tehran for its official membership in the regional body.
News ID: 76307 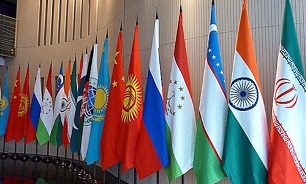 Norov, in an interview with IRNA on Wednesday, referred to the development procedure of SCO cooperation with member states and observers, saying there is a high consensus on Iran official membership.

Due to the fact that Iran sanction were lifted, for a period of time, SCO member states in Qingdao statement expressed their support for this matter.

He reiterated the fact that the statement also supported Iran nuclear deal also known as the Joint Comprehensive Plan of Action (JCPOA) as an important diplomatic and international agreement to solve Iran nuclear issue.

SCO members in the statement underlined that the JCPOA will be implemented precisely and effectively since it is of importance for promoting peace and stability in the region and the world as well, Norov noted.

The official member states of the SCO believe that there are some challenges in regard to security issues and stabilizing region, he said, urging cooperation among members to fight them.

Norov went on to say that SCO is interested in maintaining multilateral cooperation with Iran.

In a related front early in this month, Norov denounced the terrorist attack of February 13 on a bus carrying the personnel of the Islamic Revolution Guardians Corps (IRGC), and voiced support for Iran’s anti-terrorism campaign.

He said, during his meeting with Iranian Ambassador to China Mohammad Keshavarzzadeh, that SCO is determined to fight against terrorism.

SCO condemns any terrorist activity in all its forms and is determined to counter terrorism, separatism and extremist, SCO secretary general maintained.

In a letter sent to the secretary general of SCO, Iran’s Ambassador to China Keshavarzzadeh pointed to the tragic terrorist attack of February 13 on an IRGC bus. In the letter, Keshavarzzadeh reminded that the attack led to the martyrdom of 27 members of the IRGC, adding that the assault was carried out concurrent with US-orchestrated anti-Iran Conference in Warsaw.

In a related front, earlier on January 24, Keshavarzzadeh, in a meeting with Norov, reassured that Tehran is determined to develop ties with China and all member states of the SCO.

Keshavarzzadeh reassured Norov, during the meeting in Chinese capital city of Beijing, that Tehran is determined to expand relations with China and other member states to the SCO.

“While the Trump administration, as an irresponsible power, always seeks to build walls and undermine other nations’ bilateral relations instead of paving the way for interaction and convergence in the world, Iranian and Chinese leaders and nations are determined to break down all obstacles and develop their historic relations in all fields,” said the Iranian ambassador during the meeting.

He also voiced Iran’s expectation for a positive development regarding the acceptance of Iran’s formal membership to the Shanghai Organization during Norov’s term as the SCO’s chief, calling for drawing up and putting into effect a roadmap for improving Iran’s membership in the SCO in the near future.

Throughout history, Iran has had good relations with most of the SCO member states, said the secretary general highlighting that the importance of the role and position of Iran in its interactions and cooperation with the Shanghai Organization.