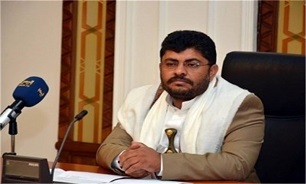 “We condemn the recruitment of child soldiers by British forces in the US-UK-Saudi-UAE-led war against Yemen,” al-Houthi said, according to Yemeni media.

He added that children make up 40 percent of Saudi Arabia’s total fighting forces in the impoverished Arab country.

A report carried by the Guardian on Wednesday said that British special forces have been training child soldiers in the Saudi-led war against Yemen.

It added that two members of British Special Air Service (SAS) soldiers had been injured in a firefight with the Houthi Ansarullah movement in Yemen.

In reaction to the report, the British foreign office minister, Mark Field, promised to get to the bottom of “very serious and well sourced” allegations that British SAS soldiers had been injured in Yemen.

Field said he would be making inquiries with the Ministry of Defense in light of the report.

A number of Western countries, the US and Britain in particular, are accused of being complicit in the ongoing aggression on Yemen as they supply the Riyadh regime and the UAE with advanced weapons and military equipment as well as logistical and intelligence assistance.