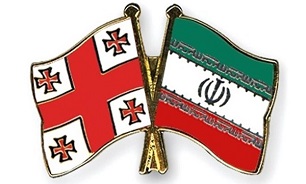 Iran's Cultural Attache to Georgia Hamid Mostafavi and Head of Akaki Tsereteli State University in a meeting in Tbilisi on Friday discussed the exchange of university students and professors between the two countries.

Both sides underlined the need for expansion of scientific and educational cooperation between Iran ands Georgia.

Some 12,000 domestic and foreign university students are now studying at the Akaki Tsereteli State University, the chancellor of the university said.