Legislator urges FM Zarif to brief Parl. over meeting with US senator 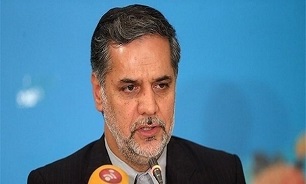 In recent months, US government has adopted carrot and stick policy against Iran and is plotting all-out war against Islamic Republic of Iran through dispatching their naval forces to the Persian Gulf on the one hand and also urging for talks with Iran through mediation of regional countries and Switzerland on the other hand, he emphasized.

US government tells lie with regard to the aforementioned two subjects, because they neither dare to wage military move against Iran, nor they are aware of high potentials and capabilities of the Islamic Republic of Iran in terms of military, Naghavi Hosseini added.

Moreover, US authorities do not comply with any of international rules and norms, he stressed.

US officials are trying to orchestrate a psychological warfare against the Islamic Republic of Iran, he said, adding, “in this regard, US government tries to exert heavy pressure on Iran and convince it [Iran] to sit in negotiating table according to Washington’s terms and conditions which is completely wrong.”