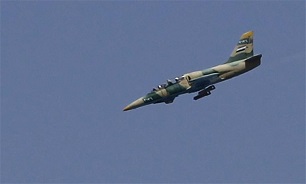 The terrorists’ hideouts in the southern areas of Khan Shaykhun, Sufuhon, Kafr Nabl, and Hass in the province were hit by the warplanes, Sputnik reported.

A gathering of the terrorist group's ringleaders at Taftanaz military airbase in Idlib was also pounded three times by Syrian and Russian aircraft, the report added.

The strikes came after the militants refused to honor a full ceasefire agreement brokered between Russia and Turkey late Wednesday with the aim of halting clashes between Syrian forces and militants in the area.