Reconciliation Doesn't Work in Face of Imperialist Powers: US Analyst

TEHRAN (defapress) – An American political commentator defended the resistance policy adopted by countries like Iran and Venezuela and said the strategy of reconciliation does not work in the face of “imperialist powers”.
News ID: 77991 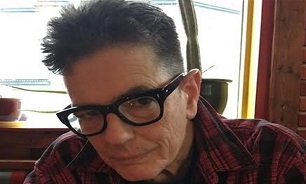 “I think the imperialist powers fear nothing quite so much as countries that retain their independence,” John Steppling, who is based in Norway, told Tasnim in an interview.

“But Iran of course, too, is viewed (by the powers) as incalcitrant -- and the US under the current administration is having tantrums in frustration,” he said, adding, “There is no reconciliation; it doesn't work, period.”

Steppling is a well-known author, playwright and an original founding member of the Padua Hills Playwrights Festival, a two-time NEA recipient, Rockefeller Fellow in theater, and PEN-West winner for playwriting. He is also a regular political commentator for a number of media outlets around the world.

Tasnim: International developments are full of examples of how regional and trans-regional countries have successfully adopted strategies of resistance against oppression and unilateralism that have borne good results. As you know, countries like Iran, Syria, Yemen, Venezuela, and Palestine have protected their national sovereignty against foreign threats and have achieved many gains through this strategy. In contrast, some countries have adopted a strategy of appeasement or reconciliation when being hectored and bullied by world powers. Given the experiences of these resistance countries, what do you think about their approach and the concept of resistance?

Steppling: I think the imperialist powers fear nothing quite so much as countries that retain their independence. Leaders such as Gaddafi and Chavez, Assad or even Evo Morales, are going to be targeted by the US. If one looks at Castro's longevity it is clear that his refusal to ever compromise with the Imperialist West was the right strategy. Qaddafi was killed, of course, for also harboring pan Arab designs and a pan African currency. Such things are not allowed to the leadership in Washington. Each case is different, of course, Palestinians face a unique set of difficulties and are faced with a very limited menu of choices compared to Maduro, say, or even Assad. But Iran of course, too, is viewed as incalcitrant -- and the US under the current administration is having tantrums in frustration. There is no reconciliation; it doesn't work, period.

Tasnim: Do you think that countries which currently toe the line of major powers like the US ought to emulate these experiences of resistance countries to protect their independence and stand against unilateralism?

Steppling: Of course. For smaller countries, especially in Africa, I think, where recolonization is escalating, the realization that the Western financial establishment is not needed would be a huge bonus. Those countries must look to the example of Fidel and Morales and read and study the anti-imperialist literature that is out there. When you think of the Sandinistas (in Nicaragua) and imagine the giant US hegemony so scared of the ideology they represented that they had sent the military, the CIA and destroy(ed) the country, you realize the power of that refusal. The reason the US wants to destroy Maduro and the Chavistas is not because they want oil, though that is a nice bonus, but because the ideology terrifies them.

Tasnim: In an op-ed article written for Tasnim, Secretary of Iran's Supreme National Security Council Ali Shamkhani warned the European countries against the risks of inaction on the US administration’s unilateral policies, saying the current EU leaders will be held accountable for the future challenges in Europe. Shamkhani criticized Europe for becoming an unimportant and passive actor despite being humiliated by the US and being faced with the destructive impacts of Washington’s unilateralism, which he said have affected several international treaties. What is your take on that? Is it not better for the EU to stand against US bullying and unilateralism?

Steppling: This is a very timely topic. Europe is frustrated. Germany is losing money with the sanctions against Iran. France is frustrated. But they loathe to do anything to anger Washington and additionally they have such a long history of obedience to their lord and master, a history that has formed not just their consciousness but even affected the very structure of finance and trade that they have a hard time thinking independently. But the EU is in crises. The EU has been a failure for the most part and I think many leaders, from the left and right, recognize that Washington never has anyone's interests in mind except their own. But all it takes is one...perhaps an Italy or Hungary, one of the new quasi-fascist governments, will decide to impress their constituency and make a stand ...or one of the more left-leaning. Or Scandinavia even, who are offended in general with US behavior. Not policy so much, but just the vulgarity and ignorance of Trump and Pompeo et al. But clearly, Washington is a force for unrest globally. The more countries can find it in themselves to resist that, the better.