‏TEHRAN (defapress) – Iranian Foreign Minister Mohammad Javad Zarif, who is in Venezuela, deplored the United States’ “economic terrorism” and said he is in the Latin American country for a meeting of the Non-Aligned Movement (NAM) aimed at countering unilateralism.
News ID: 78122 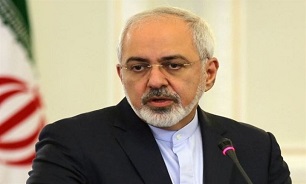 “US #EconomicTerrorism is a global menace,” he wrote in a post on his official Twitter page on Saturday.

“I’m in Venezuela to attend #NAM meeting geared to forge global response to unilateralism,” he added. “In Iran’s engagement with the world, we neither call for the ouster of leaders, nor “bolster” them—decisions that are for the PEOPLE of a nation.”

Zarif’s comments seem to refer to US economic pressures and sanctions against countries like Iran and Venezuela.

Since May 2018 when US President Donald Trump pulled his country out of the 2015 Iran nuclear deal, Washington has imposed various sanctions on Tehran.

The US president has warned that sanctions would “soon be increased, substantially”.

The US administration has also levied several rounds of sanctions against Venezuela to oust President Nicolas Maduro and replace him with opposition figure Juan Guaido, who declared himself interim president earlier this year.

The top Iranian diplomat has visited Venezuela after a trip to New York where he attended a conference at the United Nations.

In Caracas, Zarif is going to address the Ministerial Meeting of the Coordinating Bureau of the Non-Aligned Movement.

Zarif will also visit Nicaragua and Bolivia during his tour of Latin America.