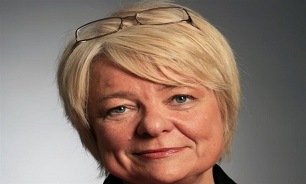 “The US secondary sanction have prevented the EU from fulfilling its obligations. The EU asked for waivers, which the US did not grant. Furthermore, the US has threatened to sanction companies that use INSTEX. Through INSTEX the EU has found a way to at least promote legal trade with Iran regarding non-sanctioned goods such as food and medicine. This is clearly not enough to fulfill the European commitments but is a definite and serious start. If the US carries out its threat to sanction companies using INSTEX, the Europeans face a real challenge in their relations with the US,” Tarja Cronberg told Tasnim.

Cronberg is a distinguished associate fellow at the Stockholm International Peace Research Institute and former chair of the European Parliament's Iran delegation. She is a Finnish Green League politician who served as a member of the European Parliament from 2011 until 2014. Cronberg was Member of the Finnish Parliament 2003–2007. She chaired her party from 2005 until 2009 and was the Minister of Labour in the Finnish government from 2007 to 2009 as part of Matti Vanhanen's second cabinet.

Tasnim: Iran, which had been fully complying with all of its commitments under the 2015 Iran nuclear deal despite the US pullout and the European shortfalls announced on July 7 that it was set to increase enrichment purity to levels higher than 3.67 percent after the European parties missed a deadline to fullfil their obligations. European Union foreign policy chief Federica Mogherini said recently that the signatories to the deal, known as the Joint Comprehensive Plan of Action (JCPOA), do not view Tehran's move to scale back some of its commitments under the agreement as significant noncompliance. The US, however, is trying to magnify this issue by insisting that Iran is moving toward atomic bombs and that its nuclear program is not peaceful. What are your thoughts on this?

Cronberg: The agreement on Iran’s nuclear program demonstrates that Iran wants to remain a non-nuclear country and controls that the program is peaceful. Therefore, it is important that the remaining partners, including Iran, commit themselves to the agreement. Due to the US sanctions, the other parties (Europe, Russia and China) are unable to fulfill their economic commitments and consequently have agreed that Tehran’s scaling back on its commitments is not significant. Ways should be found for all parties to fully commit to the deal.