TEHRAN (defapress) – A senior adviser to Iran’s Leader expressed condolences over the martyrdom of a key Yemeni figure, noting that the Yemeni revolution has entered a new phase of achievements.
News ID: 78346 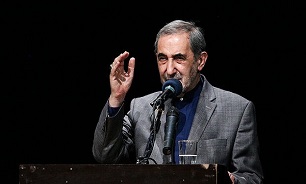 Ali Akbar Velayati offered his condolences over the martyrdom of Ibrahim al-Houthi in a message to his brother, the leader of Ansarollah Houthi Abdul-Malik al-Houthi.

“Saudi mercenaries martyred this soldier while the Yemeni revolution has entered a new phase of achievements and victories,” reads the message.

“Surely, the martyrdom of this revolutionary warrior gives hope of more victories for Yemeni revolutionary people and continuation of humiliating defeats for the belligerent coalition led by Saudis.”

“Enemies of the Islamic Ummah and Yemeni people should know that martyrdom doesn’t obstruct fulfilling aims and wishes of Islamic nations, rather it is the ultimate wish of Islamic warriors in the fight against the arrogant,” Velayati added.

He went on to highlight that “martyrdom of such fighters will further boost the Resistance Front and make the Yemeni revolution stronger.”

In a statement on Friday, the Houthis’ Interior Ministry blamed the killing of a brother of the leader of Ansarallah movement on “the treacherous hands affiliated with the US-Israeli aggression and its tools.”

Yemeni sources reported that al-Houthi's body, along with a number of Houthi commanders, had been discovered in a house following a Saudi strike in the city of Haddeh in Yemen's west-central province of Sana’a.