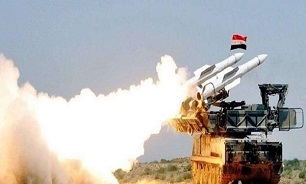 The Arabic-language SANA news agency quoted a military source as saying that Israeli army launched missile attacks on the military positions of the Syrian army near Damascus from its positions in the Golan Heights.

Yet, Al-Masdar News Website said that the missile attacks, carried out by the Israeli Air Force, killed four people and injured 21 others.

In a relevant development in late July, the Arabic-language media reports said that the Israeli Air Force attacked the Syrian Army’s military positions in Dara’a and Quneitra provinces in Southern Syria in a move to help the terrorist groups stationed in the Northern parts of the country.

Meantime, a military source said that the Syrian Army’s air defense systems also destroyed two Israeli missiles during Israeli air raids on the Northern part of the city of Khan al-Arnabeh in Northern Quneitra and in Southwestern Damascus near Syria-Lebanon-Occupied Golan.

A military source also pointed to blasts in the Occupied Golan concurrent with activities of the Syrian Army’s air defense system in Northern Quneitra.

Military experts believe that the expansion of Israeli aggressions on Southern Syria and concurrent with the Syrian Army’s military operations in Northern parts of the country have likely taken place with the aim of distracting the attention of the Syrian Army from the battle with the terrorist groups.

On June 30, air defenses of the Syrian Arab Army intercepted hostile missiles fired by warplanes of the Israeli enemy towards some military positions in Homs and the surroundings of Damascus.