TEHRAN (defapress)- Kremlin Spokesman Dmitry Peskov has not confirmed media reports that a former staff member of the Kremlin administration named Oleg Smolenkov, who has been alleged to be a CIA agent in media reports, had access to sensitive Russian information.
News ID: 78661 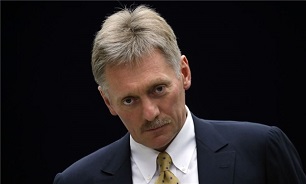 "Did [Smolenkov] have access to intelligence data? No, I cannot confirm this," Peskov said, commenting on the press reports, TASS reported.

When asked how many years Smolenkov had worked for the presidential administration, Peskov answered, "Several years, for sure."

However, he stressed that Smolenkov did not hold a high-ranking or top post.

Peskov pointed out that it was the responsibility of the intelligence services to confirm whether Smolenkov was a spy or not.

The Kremlin spokesman added that he had no information whether any other staff member of the Russian presidential administration had disappeared in 2017.

"I don’t know who has gone missing, nor am I in charge of searching for missing people. I don’t catch spies, and this is not part of the presidential administration’s domain," he emphasized.

On Monday, CNN reported that American intelligence extracted a top spy from Russia in 2017 fearing that the person in question might be compromised. The news channel did not name the agent, only claiming that he was "one of its [US] highest-level covert sources inside the Russian government". In its turn, The New York Times highlighted that this individual held an "influential position that came with access to the highest level of the Kremlin".

The CIA and the White House have castigated CNN’s news report as false. What's more, White House Press Secretary Stephanie Grisham stated that this disclosure had "the potential to put lives in danger."

Some Russian media outlets reported citing anonymous sources that the individual in question could be someone named Oleg Smolenkov, who had supposedly worked for the Russian presidential administration and Russia’s diplomatic mission in the US.

Peskov on Tuesday confirmed that Smolenkov had worked for the Russian presidential administration several years ago, but was fired under an internal order.