Bolton’s Ouster Indicates US Has Found Era of Warmongering Over: Iranian Official

TEHRAN (defapress) – Iranian President’s Chief of Staff Mahmoud Vaezi described the former US National Security Adviser, John Bolton, as a “warlike” person and said his ouster signifies that the US administration has come to the conclusion that the era of warmongering is over.
News ID: 78668 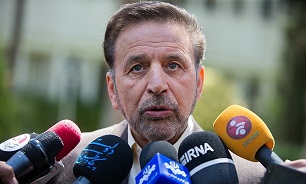 Speaking to reporters on the sidelines of a cabinet session in Tehran on Wednesday, Vaezi said, “The move shows that the hardline administration of the US has come to realize that the era of warmongering is over and that if it is to interact with the world, its path is logic.”

“Since long ago, Bolton has been a very aggressive and warlike person and has not achieved any of his goals since taking office,” he added.

Bolton’s hostility to Iran was not comparable to his hostility toward any other country because he had been paid by the terrorist Mojahedin-e Khalq Organization (MKO or MEK), he said.

Iranian Foreign Minister Mohammad Javad Zarif has always blamed Bolton for the US hawkish policies toward Iran and referred to him as a member of the B-Team.

US President Donald Trump, who said he had disagreed “strongly” with Bolton on policy, announced on Tuesday via Twitter: “I asked John for his resignation, which was given to me this morning.”