US State Department Warns Citizens over Traveling to Saudi Arabia

TEHRAN (defapress) – The US State Department called on American citizens to “exercise increased caution” while traveling to Saudi Arabia, a travel advisory posted on its website said on Wednesday.
News ID: 78737 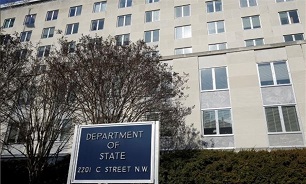 US Mission personnel and their families are not permitted to use the airport in Abha without Chief of Mission approval, the note added, Reuters reported.

Yemeni forces have frequently attacked Saudi Arabia’s Abha airport by drones and missiles in retaliation for the regime’s deadly aggression against the Arab country.

Since June 12, the airports of Abha and Jizan have been subject to regular attacks by Yemenis who send their UAVs and missiles in order to paralyze the two airports and force the Saudi enemy to lift the siege on Sana'a airport and stop its raids on Yemeni territory.