Tehran Slams US’ Hypocritical Approach to War Crimes against Yemenis

TEHRAN (defapress)- Iranian Foreign Minister Mohammad Javad Zarif highlighted that Washington is adopting a double-standard approach in regard with developments in the Middle East, reminding that the US is voicing concern over attack on Saudi oil sites while it has kept hush over serious war crimes of Riyadh against Yemeni people.
News ID: 78749 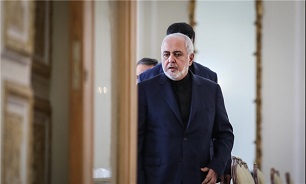 In a tweet on Friday, Zarif slammed US hypocrisy regarding the war on Yemen, highlighting that Washington effectively valued oil more than the Yemeni lives lost amid the ongoing aggression against the country.

"4 years of indiscriminate bombardment of Yemen, 100,000 dead Yemenis, 20 million malnourished Yemenis, 2.3 million cholera cases," were the list of Saudi crimes against Yemen, which according to Zarif are welcomed by the US with "carte blanche for culprits”.

However, "Retaliatory Yemeni strike on oil storage tanks," was interpreted by Washington as "unacceptable ‘act of war’", Zarif said.

He was referring to the attack carried out by Yemeni forces on Abqaiq and Khurais oil facilities run by the Saudi state-owned oil company before dawn Saturday. The attack knocked out more than half of Saudi crude output, or 5% of global supply, prompting Saudi and US officials to claim without any evidence that it probably originated from Iraq or Iran.

Saudi Arabia and a number of its regional allies launched a devastating western-backed war on Yemen in March 2015, with the goal of bringing the government of former president Abd Rabbuh Mansur Hadi back to power and crushing the popular Houthi Ansarullah movement.

Resistance by Yemen’s armed forces, led by Ansarullah, has, however, pushed the Saudi war to a stalemate, with Yemeni forces increasingly using sophisticated home-made weaponry in retaliatory strikes against the coalition.