TEHRAN (defapress)- The seizure of Russian diplomatic property in the United States was a "daylight robbery", in which the US behaved in an unmanly way, Russian Foreign Minister Sergey Lavrov said in an interview with the Kommersant daily.
News ID: 78819 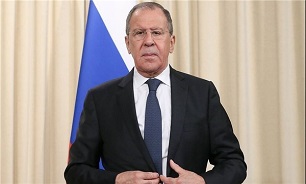 "This property situation is nothing but robbery in daylight. We have already promoted our position to the UN Committee on Relations with the Host Country," he stated.

"The Americans behave in a very stubborn way, they are reluctant to manage this situation: illegal, violating all possible conventions, created as a result of Barack Obama administration’s agony with an obvious decision to slam the door while leaving and to avenge on everyone for the Democrates’ loss in the presidential election," Lavrov added.

"Our partners behaved in an unmanly way, but we have what we have. We have our reasons, many of them. We are working with US lawyers. We will keep preparing this case for being heard in court," he noted.

The foreign minister stated that since 2016, Russian diplomats have been unable to receive a permission to visit the seized diplomatic facilities.

He also rejected US claims that some of those facilities were used for spying, saying that the diplomatic compounds in question were used for sporting events and other recreational activities.

On September 2, 2017, US authorities closed down the Russian Consulate General in San Francisco and the Trade Mission in Washington, which are owned by the Russian government and enjoy diplomatic immunity.

In addition, the New York office of the Trade Mission, which Russia had been renting, was shut down. Moscow described the US administration's move as an overtly hostile act and urged US authorities to return these properties immediately.

On March 26, 2018, Washington announced the closure of the Russian Consulate General in Seattle (rented by Russia) and the residence of the Consul General (Russia’s diplomatic property).