TEHRAN (defapress) – South Korea and Japan jointly participated in a multinational anti-piracy maritime exercise off the coast of Somalia, the South Korean Navy said Monday, amid strained relations between the two countries over history and trade rows.
News ID: 78861 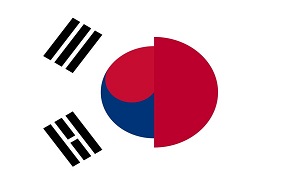 The navies from South Korea, Japan, Germany, Spain and Oman launched the joint exercise in the Gulf of Aden on Sept. 23-26 as part of the international coalition's regular joint maneuvers, according to the Navy.

The exercise involved diverse maritime operations, such as the so-called VBSS (visit, board, search and seizure) course based upon a scenario of dealing with pirate vessels.

South Korea's 4,400-ton destroyer, the Kang Gam Chan, which is operated by the country's Cheonghae Unit that has been on an anti-piracy mission in the region since 2009, was among the assets mobilized for the exercise, it added, Yonhap news agency reported.

Some speculate that the joint participation could lead to a turnaround in soured relations between the two countries, but the Navy and the defense ministry guarded against reading too much into the exercise, saying that the two countries were "part of the multinational team and the drill of the kind has long been conducted."

In response, South Korea last month announced its decision to terminate the military information-sharing pact with Japan, which was seen as a rare symbol of their security ties.