TEHRAN (defapress) – French Foreign Minister Jean-Yves Le Drian said on Wednesday it was possible that Britain and the European Union could thrash out a deal on Brexit but the outcome remains uncertain.
News ID: 78985 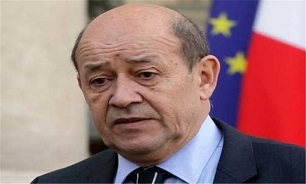 He said the current intense discussions between the two sides ahead of an EU summit Thursday "appear to be lasting and if this goes on this is positive", AFP reported.

"It is possible that we will be able to get out of the impasse. But on Brexit it is always uncertain, as there have been incidents and hazards," he told BFM-TV.

His comments came as British and European negotiators returned to intense negotiations on a draft Brexit deal Wednesday after late-night talks brought them closer but failed to confirm an elusive breakthrough.

"Of course it is possible, it has been possible for three years," she said. "There has been political progress, what we are doing now is the fine-tuning."

France has always been seen as the big EU member with the toughest line on Brexit but in a change of tone on Tuesday a presidential official said there was now "positive momentum" to a Brexit deal.