Iran Insists on Fruitlessness of US Sanctions

TEHRAN (defapress)- Iranian Deputy Foreign Minister Seyed Abbas Araqchi underlined that the US sanctions re-imposed against Iran will bear no result, and said that Tehran is ready to fully implement the Joint Comprehensive Plan of Action if the other sides hold up their end of the bargain under the nuclear deal.
News ID: 79476 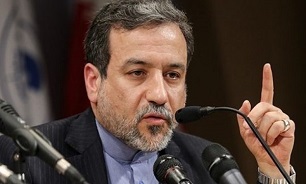 “Washington will achieve nothing as long as it insists on its economic war against Tehran,” Araqchi said during a meeting with Japanese Prime Minister Shinzo Abe in Tokyo on Tuesday.

The Iranian deputy foreign minister, meantime, said that Iran is ready to fulfill its commitments concerning the JCPOA.

During the meeting with Shinzo Abe, Araqchi submitted a letter by Iranian President Hassan Rouhani to the Japanese prime minister.

The Japanese prime minister thanked President Rouhani for the message and while referring to his visit to Tehran earlier this year Shinzo Abe voiced his satisfaction with his meetings with Supreme Leader of the Islamic Revolution Ayatollah Seyed Ali Khamenei and President Rouhani.

Shinzo Abe also welcomed the continuation of political consultations between the two countries.

In relevant remarks on Monday, Araqchi said that the deteriorating situation of 2015 nuclear deal, officially known as the JCPOA, is the direct result of the US unilateral withdrawal from the JCPOA, adding that Tehran’s measures are intended to save the moribund agreement.

"The current situation is a result of the US' unilateral withdrawal from the JCPOA, and the only solution is the lifting of sanctions and return to diplomacy," Araqchi said, speaking at a special panel of the 1st Tokyo Global Dialogue Summits in the Japanese capital.