Iran Asks for ICC's Continued Impartiality, Reaction to US Threats

TEHRAN (defapress)- Iran called on the International Criminal Court to continue independence and impartiality and show reaction to the US threats against the ICC and its judges.
News ID: 79504 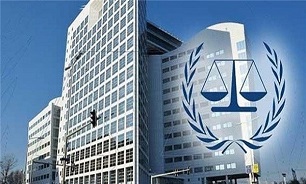 Iran's representative at the 18th ICC Assembly in The Hague Reza Pourmand Tehrani emphasized the need to maintain independence, impartiality, and avoidance of political susceptibility of the international body.

During the meeting, Pourmand Tehrani emphasized the necessity of maintaining the independence, impartiality, and avoidance of political susceptibility of the International Criminal Court in the Statute of the ICC.

He also condemned the recent threats by the US officials against the International Criminal Court and its judges, prosecutors, and staff, saying that halting these threats to justice and at the same time a test for the tribunal for its independence and effectiveness.

The Iranian envoy in The Hague also welcomed the Court's recent approach to investigate crimes committed against Rohingya Muslim minorities in Myanmar, Palestine and Afghanistan, while also emphasizing impartiality and resistance to political pressure in these cases.

The Assembly of States Parties to the International Criminal Court is the highest decision-making body that meets annually to determine the Court's non-judicial policies with the participation of representatives of the Member-States and its observers.

The Islamic Republic of Iran is an observer member of the International Criminal Court.