Too Early to Talk About Real Progress with Saudi

TEHRAN (defapress)- The Qatar's foreign minister stated it was premature to talk about real progress with Saudi Arabia over the blockade but opening channels of communication between Doha and Riyadh was a step forward.
News ID: 79593 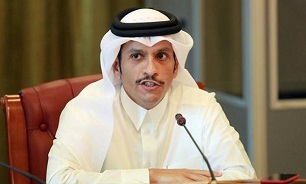 In an interview with Al-Jazeera, Sheikh Mohammad bin Abdulrahman Al Thani said it will take time to rebuild trust between Qatar and its [Persian] Gulf neighbours after the two-and-a-half-year air, sea, and land blockade was imposed.

"We are still at a very early stage," he stated, adding, "There is some progress ... because we have [broken] the stalemate with the Saudis."

In June 2017, Saudi Arabia along with the United Arab Emirates (UAE), Bahrain and Egypt severed diplomatic and trade ties with Qatar, accusing it of supporting "terrorism". Doha has denied the allegations and accused its neighbours of seeking to curtail its sovereignty.

Sheikh Mohammad noted that the terrorism accusation has been proved to have "no basis at all" by the international community.

The blockading nations have demanded that Qatar cease interactions with their rival Iran, shut down Al-Jazeera Media Network, and close a Turkish military base.

The foreign minister said Qatar will not offer any concessions that will "affect our sovereignty and interfere with our domestic or foreign policy".

"From our perspective, we want to understand the grievances and we want to study and assess them, and look for the solutions that can safeguard us in the future from any other potential crisis," added Sheikh Mohammad.

In recent weeks, there have been signs pointing to a possible thaw in relations between Saudi Arabia and Qatar.

Last month, The Wall Street Journal reported that Sheikh Mohammad met senior Saudi officials in October in a bid to end the rift.

In November, the three [Persian] Gulf blockading countries took part in a regional football tournament in Qatar, reversing at the last minute an earlier decision to not participate.

The closed-door gathering lasted less than an hour before a final communique by the six-member bloc emphasised the need to increase military and security cooperation to maintain regional cooperation.

Sheikh Mohammad also stressed the need for the [P]GCC to return to its role of representing the building blocks for any fruitful dialogue between the [Persian] Gulf states and Iran.

"The work of the [P]GCC has been affected by this crisis, and we hope to overcome many challenges next year," he stated.

"This situation has no winner," he added, noting, "We want to see a solution, a settlement that saves the dignity of all countries and declares them as owners of unity."

Asked whether Qatar was ready to sever ties with the Muslim Brotherhood group - which the blockading countries consider a terrorist organisation - the foreign minister said, "We are a country, we are not a political party."