Trump impeachment nothing but a power struggle: Amir-Abdollahian 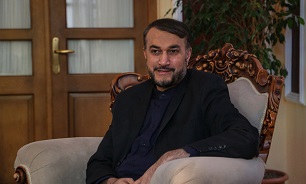 Iran's contemporary history has proved GOP/Dem strategies about Iran or Middle Eastern countries are focusing on US own interests - not common ones, Hossein Amir-Abdollahian wrote in a tweet on Friday.

He went on to add that Trump’s impeachment was merely a power struggle in US politics.

He stressed that the outcome of Iran’s negotiations with both US parties was nothing but their 'noncommitment'.

US President Donald Trump was impeached on Thursday over obstruction of Congress and abuse of power related to pressuring Ukraine for personal political gain.

Trump is the third president in US history to be impeached, but the Republican-controlled Senate is expected to halt the efforts to remove Trump from office.