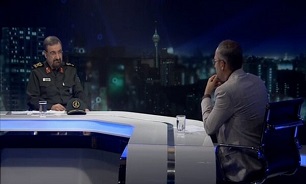 “Trump committed political and military suicide. The US made a huge risk,” Expediency Council Secretary Mohsen Rezaei said in a televised interview late on Friday, hours after US President Donald Trump authorized the assassination of General Soleimani in airstrikes in the Iraqi capital, Baghdad.

Abu Mahdi al-Muhandis, the second-in-command of Iraq’s pro-government Popular Mobilization Units (PMU) — better known as Hashd al-Sha’abi, was also martyred in the assault carried out by US terrorist forces.

“Even now after the assassination, Mr. Trump says he is not seeking war. Well, he doesn’t have what it takes to start a war. History, too, will prove that he wasn’t capable of war,” he added.

Discussing Trump’s motives for the assassination, he said, “there are several possible motives. One, the Americans were humiliated after repeated failures in the region. Two, Trump needed a ‘heroic’ act for winning the election. Three, he wanted a way out of impeachment. And four, the Israeli regime and Saudi Arabia pressured Trump into doing it.”

“After this incident, pressure will increase on the US. We predict that the Americans will leave the region,” he added.

Stressing that Iran’s revenge will be harsh, Rezaei said “we will give a decisive response for two reasons: first, it is our right to defend ourselves according to the UN Charter. And second, any nation that gives in will meet a terrible fate.”