TEHRAN (defapress)- More than 8 in 10 black Americans believe President Donald Trump is a racist and say the president has made racism a bigger issue in the country, according to a new Washington Post–Ipsos poll published Friday.
News ID: 79935 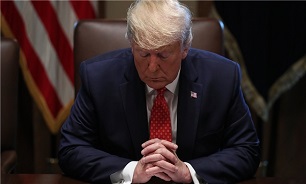 The respondents' apprehension over current race relations in the country, however, extends beyond the White House.

Despite his boasts, 56 percent of those surveyed rated the national economy negatively, and 77 percent believed that the president deserves “only some” or “hardly any” credit for the current 5.5 percent unemployment rate among black adults.

According to exit polls, Trump received just more than 8 percent of the vote in 2016, according to the Post.