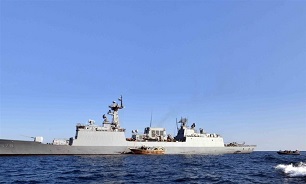 The 50-ton small oil vessel named Alsohail departed from Iran two weeks ago on Jan. 18. It had been drifting on the sea, due to fuel shortage, when the Cheonghae Unit spotted six crew members signaling for rescue on the deck, the Korea Herald reported.

The Korean anti-piracy unit provided the Iranian vessel with additional fuel and food for a safe return to Iran.

The Korean government notified the Iranian embassy in Seoul of the rescue operation, and the embassy expressed gratitude for the effort.

On January 21, South Korea Defense deployed the 302-strong Cheonghae Unit to the Strait of Hormuz in an attempt to “expand the operational area of its anti-piracy unit” in the region.