TEHRAN (defapress) – Iran continues to provide international inspectors access to its nuclear facilities, even after its announcement it was no longer bound by “any restrictions” of the landmark 2015 deal with world powers, the head of the UN atomic watchdog agency said Monday.
News ID: 80458 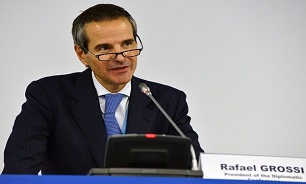 “The agency has not observed any changes to Iran’s implementation of its nuclear-related commitments under the JCPOA in connection with this announcement, or in the level of cooperation by Iran in relation to agency verification and monitoring activities under the JCPOA,” said Rafael Grossi, Director General of the International Atomic Energy Agency on Monday.

He also told board members in Vienna that since Tehran's Jan. 5 announcements it appears that Iran hasn't escalated its reduction of the commitments of the nuclear pact, known as the Joint Comprehensive Plan of Action.

In his speech to the board members, Grossi called on "Iran to cooperate immediately and fully with the agency, including by providing prompt access to the locations specified by the agency."

"The agency has identified a number of questions related to possible undeclared nuclear material and nuclear-related activities at three locations that have not been declared by Iran," Grossi said, according to his prepared remarks. “The agency sought access to two of the locations. Iran has not provided access to these locations and has not engaged in substantive discussions to clarify the agency's questions.”

In a report released last Tuesday, the IAEA repeated the claim that it had identified three locations in Iran where the country possibly stored undeclared nuclear material or undertook nuclear-related activities without declaring it to international observers.

Iran’s permanent representative to the IAEA said the Agency’s request for clarification or access to additional locations based on unfounded claims does not oblige Iran to comply with the said request.