TEHRAN (defapress) – Iran’s Foreign Ministry spokesman has denounced Washington'srecent stances on the successful launch of the Noor satellite into space, calling them the US regime's interference in the Islamic Republic’s internal affairs.
News ID: 80908 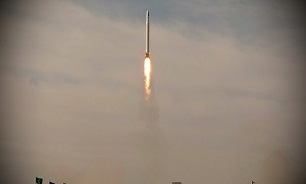 In a Thursday statement, Seyyed Abbas Mousavi described the successful launch of the Noor satellite into orbit as a source of pride, saying scientific and technological advances, especially in the field of aerospace, are the Iranian nation's right.

The spokesman said such interventions would certainly not disrupt the Iranian nation’s determination to achieve progress.

Mousavi also stressed that no UN Security Council resolution prohibits Iran from launching a satellite into space, and the US reference to Resolution 2231 is definitely irrelevant and contrary to the facts.

“Interestingly, the Resolution 2231 is a resolution that the US regime has violated by withdrawing from the Joint Comprehensive Plan of Action, and continues to openly pressure other independent states to violate it,” added Mousavi.

He also rejected Germany's position on the launch of the Iranian satellite, saying the German Foreign Ministry's expression of concern over the launch of a satellite designed by Iranian engineers comes as the German defense minister has publicized his decision to buy a fighter jet capable of carrying a nuclear bomb.

“Such double-standard policies threaten the security of the region, Europe and the world,” underlined Mousavi.

At the end, the spokesman stated that the development of science and technology in the field of aerospace is Iran’s legal right, emphasizing that “the Noor satellite is for peaceful purposes and has been launched in line with Iran's defense policy.”