TEHRAN (defapress) – Referring to the successful launch of the first military satellite by IRGC, Head of Iran's Passive Defense Organization Brigadier General Gholamreza Jalali said that the presence of IRGC in space will improve the country’s deterrence.
News ID: 80911 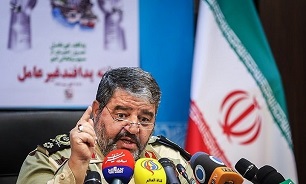 This successful launch has several important and strategic messages, said Jalali, adding Iran is able to achieve the latest knowledge and technologies despite the sanctions.

Stating that the presence of the IRGC in the new arenas such as space indicates the improvement of defense capabilities and increasing the country's deterrence in the near future, he said, “We will definitely hear good news about such actions in the near future.”

Referring to the reactions of US officials to the launch of Iran’s military satellite, he noted that the importance of Iranian youth achievement caused to the anger of the US and some European countries.

The elite force of Iran’s Islamic Revolutionary Guards Corps (IRGC) has successfully launched the Noor-1 Satellite by the domestically-built launcher Qassed (messenger) on Wednesday morning and placed it into the orbit at an altitude of 425km.

Noor-1 is the Islamic Republic’s first military satellite sent into space. The satellite launch was carried out on the anniversary of the establishment of the IRGC.