TEHRAN (defapress) – Russian Deputy Foreign Minister Sergei Ryabkov expressed concerns over Washington’s rhetoric against Iran, saying the US is interpreting its right to self-defense in its own way.
News ID: 80925 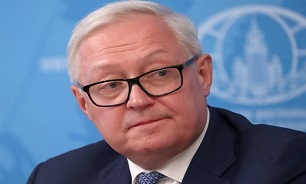 Russia is concerned by the US threats to Iran amid tensions in the Persian Gulf and is calling on both sides to exercise restraint, Ryabkov said on Saturday.

According to the diplomat, the United States is interpreting its right to self-defense in its own way by threatening Iran with attacks in the Persian Gulf.

The remarks came after US President Donald Trump said recently that he had instructed the US navy to destroy Iranian boats “if they harass” US ships in the Persian Gulf.