TEHRAN (defapress) – Yemen expects serious actions rather than words from the Saudi-led coalition, the chairman of the Supreme Revolutionary Committee of Yemen said, dismissing the coalition’s extension of a unilateral ceasefire in the war-ravaged country by one month as simply media maneuver.
News ID: 80932 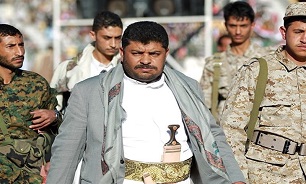 “Over the past two weeks, what we witnessed ran counter to what was declared since there were upticks in bombardments as well as escalation (of clashes) on all fronts by the alliance,” Mohammed Ali al-Houthi wrote in a post published on his Twitter page on Saturday.

The remarks came a day after the Saudi-led military coalition decided to “extend the ceasefire for a month,” according to its spokesman Turki al-Maliki, the state-run Saudi Press Agency (SPA) reported.

A two-week ceasefire in Yemen announced earlier by the alliance expired on Thursday, without leading to a permanent truce.

Aid groups worry that persisting fighting in the war-torn country could cause a catastrophe, and further undermine its already weakened ability to contain the novel coronavirus pandemic.

Yemen reported its first coronavirus case earlier this month in the oil-producing southern province of Hadhramaut, which is under the control of Saudi-sponsored Hadi loyalists.

The supreme national emergency committee for COVID-19 in Yemen said on April 10 the infected patient was identified in the port town of Ash Shihr, and he was in stable condition and receiving care.

Separately, the president of Yemen’s Supreme Political Council, Mahdi Mohammad al-Mashat, described the comprehensive solution plan submitted by the Houthi Ansarullah movement on a nationwide ceasefire and cessation of the ongoing Saudi-led blockade as promising and a practical way out of Yemen’s conflict.

“The peace initiative that we announced on the eve of the fifth anniversary of the September 21 Revolution is still standing,” Mashat said in an exclusive interview with Arabic-language al-Thawra (Revolution) daily newspaper published on Saturday, stressing that Yemeni forces reserve the right to respond to any act of aggression.

On April 9, Ansarullah presented to the United Nations a comprehensive peace plan aimed at ending the conflict in Yemen.

The plan reportedly consists of three pivotal issues: it demands a ceasefire and a complete halt to the Saudi-led onslaught, abolition of the tight blockade imposed on Yemen, adoption of economic and humanitarian measures and initiation of the inter-Yemeni political process.

Mashat further noted that they were in touch with Saudi Arabia as they “will not close any door that leads to peace,” but stressed, “We will not make concessions that would threaten the sovereignty of our country.”

He highlighted that Yemen welcomes friendly and cordial relations with all world countries, and wishes for lasting and comprehensive peace.

Mashat said the United Nations is providing cover for the Saudi-led coalition of aggression and doing nothing to alleviate the repercussions of the economic war on Yemen, calling on Russia and other major world powers to play their roles and safeguard international treaties.

At least 80% of the 28 million-strong population is also reliant on aid to survive in what the United Nations has called the world’s worst humanitarian crisis.

According to the UN’s top aid official, Mark Lowcock, civilian casualties have risen every month since January.