TEHRAN (defapress) – Spokesman for the Iranian Parliament's National Security Committee, Hossein Naghavi Hosseini said that US cannot cite to 2015 nuclear deal, known as Joint Comprehensive Plan of Action (JCPOA), with relation to Iran’s measures and activities taken in this regard.
News ID: 80963 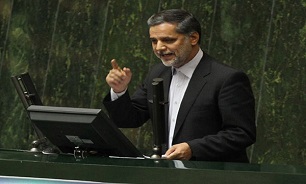 He made the remarks in an interview with IRNA on Wed. and pointed to the US State Department’s moves for the continuation of Iran’s arms embargo and added, “JCPOA is not an international convention, rather, this landmark deal was inked between 4+1 Group and the Islamic Republic of Iran in mid-2015.”

Only a country, which was a member of Iran’s nuclear deal, can cite to JCPOA with regards to Iran’s activities, he said, adding, “not only US withdrew from JCPOA in May 2018, but also it [US] announced its opposition with the Joint Comprehensive Plan of Action (JCPOA) vividly.”

US President Trump said that he would rip off JCPOA explicitly and for this reason, the US cannot cite this international deal, Naghavi Hosseini added.

Turning to the US’ threat to send Iran’s issue at UN Security Council (UNSC), he said, “the issue of sending Iran’s nuclear program to UN Security Council has a legal basis and some members of the 5+1 Group still remain in place in JCPOA and have announced their stance in this regard clearly. For example, Russia has explicitly said that the launch of Iran’s satellite does not violate rules and regulations within the framework of JCPOA.”

Naghavi Hosseini termed the recent remarks of US authorities against Iran during the outbreak of coronavirus global pandemic and the global fight against the deadly disease ‘malicious and wickedness’ and added, “as claimant of world leadership, it is a matter of regret to say that US administration has the weakest record in the fight against coronavirus and raises this issue for diverting public opinion.”